And it hit ’em right in the feels.

The form, introduced on Facebook from the party’s page, was attached with the following message:

In response to a rising level of what can only be described as ‘butthurt’ regarding both Liberal Democrats policy and the various utterances of our public figures we have decided to streamline our grievance processes. Should anything any of us do, say, think or look like we’re thinking of doing or saying cause your knickers to bunch unceremoniously please feel free to fill out one of our handy complaints forms.

And here is the gloriously triggering form:

Leyonhjelm, author of the form, is known for his politically incorrect rants.

Junkee.com describes him as such:

With LDP Senator David Leyonhjelm constantly pushing for marriage equality and being one of the few politicians to stand up against the government’s data retention legislation, it’s easy to forget that he also keeps trying to shove guns in our faces, regularly posts videos of his cats to his official social media accounts, and just this week suggested that living next to wind turbines was comparable to smoking. When someone challenged him on this — protestors dressed in full Medieval garb — he straight-up told them to ‘fuck off’.”

If you think DILLIGAF is not an appropriate response, please complain using our official complaints form. pic.twitter.com/Tl4J0CpIw3

Oh, and here’s one of his awesome cat videos which ultimately prove that he is a badass with a heart of gold. 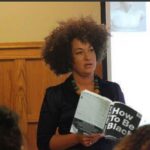 How Do You Make A White Person Black? [PODCAST] 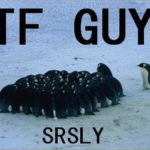