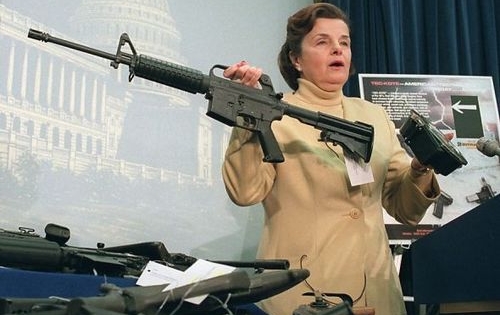 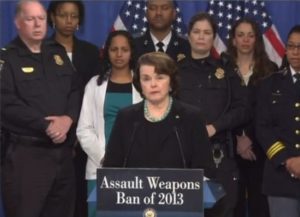 Guns for me, but not for thee!

Senator Diane Feinstein (D-CA) thinks that the laws don’t apply to her, and she enlisted the Washington Metropolitan Police to aid her in her crimes. The Washington Times reported that Senator Feinstein requested aid in acquiring assault weapons in the District of Columbia from Police Chief Cathy Lanier, a Freedom of Information Act request shows.

From the Washington Times:

Lobbyist Chuck DeWitt emailed Chief Lanier on Christmas Eve last year. “Sen. Feinstein has asked us to bring examples of assault weapons used in the worst incidents over the past few years.” The CEO of the Lafayette Group told the chief that the guns would be put on display at a media event and asked, “Could you put me in touch with your person who would have any of these weapons?”

Chief Lanier’s response was not turned over in the FOIA request.

Feinstein’s press secretary then asked the commander of the police department’s Crime Scene Investigation Division, Keith Williams, for 10 firearms models such as the Tec-9 handgun, a Glock 19 with a high-capacity magazine, an M&P15 and a Bushmaster XM-15.

RELATED: Does anyone think we Americans are stupid enough to let anyone take our guns?

D.C. police reportedly did not have all the weapons so they sought out the help of Philadelphia police who helped bring more illegal firearms into the city. One police officer involved in the conspiracy wrote that they would “prefer that no mention of the fact that the weapons came from D.C. or were recovered by MPDC in the official language or speeches.”

The office of Senate Sergeant at Arms Terrance W. Gainer was ultimately responsible for bringing the illegal weapons into the Capitol in order to help bolster Senator Feinstein’s news conference where she debuted her, ultimately failed, ‘assault weapons’ ban. 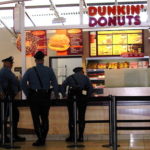