Imagine if you didn’t have to work. Every week you get a payment from the government that covers your basic needs. Your housing, food and other necessities are paid for by your fellow citizens who are working and paying taxes, and they make sure you will, at the very least, have food in your belly and a roof over your head. You’ll be able to see a doctor when you need to, and the stress of survival will be removed from your life. Would you work?

This would be a choice you’d have to make if the U.S. adopted a Universal Basic Income (UBI) consisting of a government stipend that purports to eliminate poverty. The poverty line in the U.S. is $11,770 annually for an individual and $15,930 for a couple. Throw in six kids and you get up to $40,890 annually.

UBI has been gaining traction lately, especially as our recovery from the 2008 recession has been meager. Even Libertarian presidential candidate, Gary Johnson, is open to considering UBI. The arguments for it range from simple humanitarianism to promoting social justice to increasing individual liberty.

Yet the arguments in favor of UBI ignore pragmatic realities that would prevent such a program from producing the desired results.

If we were to do an experiment in which we gave $1,000 to twelve random people, what would we likely find? Some would spend the money on basic needs, some would put the money into savings. Some would buy a new wardrobe and some would take the money to the casino. The Universal Basic Income would have the same result, and many people would still be in poverty because they didn’t spend their guaranteed income wisely.

We already have a micro version of UBI in our cultural petri dish: almost a third of young adults between 18-35 live with their parents, according to Pew Research. Granted, some of those living with parents are contributing to household expenses, but the figure suggests that parents are subsidizing their grown children, if not carrying most of their basic needs. Families helping their own members is certainly laudable, as the alternative is relying on other taxpayers to subsidize young adults. It’s worth noting that the trend of young adults living with parents has been on the rise for decades, as real wages for men have been declining since 1970, with its sharpest drop between 2000-2010.

UBI is the stuff of Utopian fantasies, and like all of the well-intentioned social policies implemented by governments across the globe, it makes assumptions about human nature that have no basis in reality. The pitfalls of implementing UBI are numerous, and here are five serious problems with UBI that you should consider before dreaming about how you’d spend all your free time if you just didn’t have to work. 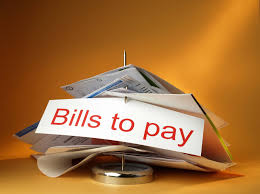 The first approach to UBI is figuring out exactly what amount a basic income should be. We first have to ask what a basic income should cover. The stipend would need to cover food and housing, but what about Internet and telephone? Surely communication is as basic to us now as indoor plumbing, even though neither is required to survive. But even if we can come to an agreement as to what would be covered, how do we figure out how much it would cost?

The cost of basic housing varies widely by geographical area, city and even neighborhood. A basic income that provides you a nice, one-bedroom apartment in Terre Haute, Indiana may leave you in a slum in San Francisco or New York City.

Also we would need to consider whether UBI is distributed per person or per household. Would a married couple receive the same amount as two, unmarried individuals? And what about dependents? Does your UBI payment go up when you have another child? If UBI goes down when you cohabitate, a financial disincentive to pair up is created. If it is distributed per capita, the reverse is true, and creates an even larger disincentive to work. 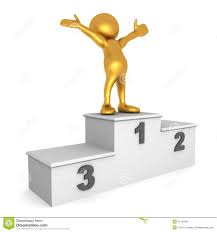 You may be familiar with the theory of comparative advantage. The theory states that for any two countries and two products, each should choose to output the good it can produce most efficiently with its resources. The theory states that if these two countries trade, they will both make economic gains because they will have both goods at a lower price. When you apply this theory to the whole world of global trade and market competition, you don’t just get cheaper goods, you also get better goods because countries specialize and gain manufacturing expertise.

But the theory also applies to individuals. Your personal resources aren’t minerals or lumber, they are talents, education and accumulated experience. In a market economy, both the individual and the market gain when we do what we are best at versus what we love to do.

Let’s say a young man has an exceptional aptitude for computer programming, but he also loves to play guitar, even though he’s really a pretty mediocre musician. If he needs very little money to supplement his UBI, he’d rather work two days a week at the gas station and spend his days playing guitar. He has no real incentive to put in the hard work to become a programmer, because he’s already happy. The market, however, is worse off because it loses a potentially excellent programmer.

There are literally millions of different jobs that need doing, and our economy and society can only prosper if there are people willing to do them. Most of these jobs require dedication to learning a profession, and if too many people can get by with their UBI and write graphic novels all day, there is no incentive for people to harness their best talents and bring them into the work force.

3. UBI would be inflationary 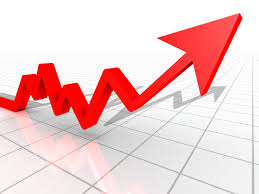 Referring to the previous point, UBI would shrink the employment pool, in bodies and in capabilities. In order for businesses to thrive, they would need to offer wages that exceed the personal value of free time. This would be true of good jobs and menial jobs. That wrinkle could cripple business creation at worst, and increase costs at the very least, and thus consumer prices.

It is conceivable that immigrants who would not be eligible for UBI would come in and do many of these jobs, which is already a feature of our current economy. Yet this would ultimately evolve into a stratified society, with poor immigrants doing menial jobs, and likely paying taxes, and citizens enjoying the benefits of UBI. 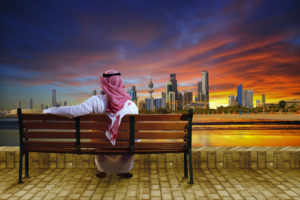 Even countries with incredible financial resources, like oil-rich Kuwait, have learned that a perpetual welfare state cannot be sustained indefinitely. Back in 2013, Kuwait’s prime minister was already calling for cuts. This was when oil was trading at over $90 per barrel. It is now at $43 per barrel,and the country has experienced turmoil, including the dissolution of its parliament.

One of the advantages cited by proponents of UBI is that it would not be means tested, and therefore would not require a bloated bureaucracy to administer the plan. If each of the U.S.’s 240 million adults were given $15,000 annually, that would amount to $3.6 billion dollars. This looks like a bargain compared to the $153 billion now spent annually. $15,000 a year, however, would not cover the cost of health insurance and health care, and a large portion of the $153 billion is Medicaid.

Also, UBI would be intended to replace social security and Medicare. $15,000 is roughly the size of the average annual social security payment, but, again, medical expenses make up a larger portion of elderly expenses than housing or food. Average health care costs for the elderly are estimated at another $15,000 per year.

Yes those medical costs would rise like all other costs due to wage inflation caused by UBI, and UBI would, in turn, rise to meet the cost of basic needs.

It may be true that UBI saves money over our current system, but its worst effect simply isn’t worth the savings.

5. UBI diminishes the individual and society

Back in the 1990s,the University of Arizona created a self-contained biosphere, and one of the most interesting findings was how trees fared poorly—due to lack of stress caused by winds. Likewise, our culture has lost its ability to appreciate the value of adversity.

We have come to see all adversity, all challenges to what we want, as obstacles that should be removed from our paths so that we can blithely proceed through life. We mistakenly believe that we were born to be happy, not that we were born to achieve, or to contribute to the overall good of society, or to serve our fellow human beings, but to be personally happy.

If you’re familiar with H. G. Wells’ The Time Machine, the time traveler goes far into the future and finds a people whose every need is met. The Eloi are free from adversity, yet they are also soulless and selfish. The story shows how they are also a food source for the Morlock, who are simply raising them as livestock.

Would we not be on the same path if our government supplied our every need? Would we accept the role of the subjugated if it meant our material happiness was secured, for however long we might live?

Adversity not only gives us strength, but invention and progress, and it is the very thing that inspires people to achieve great things that benefit us all.

Abject poverty is repugnant, and that is why all people of means should gratefully assist those of meager means. It is not only an obligation, but a privilege to be able to do so. But when we advocate overarching government programs to achieve this end, we undoubtedly end up stealing from others via taxation, and diminishing the very people we aim to help. A massive welfare for all program will not raise our society and our culture, rather it will make us all dependent on government, rob us of individual excellence, and promote commonplace mediocrity.

The Saga of Two Medical Marijuana Initiatives in Arkansas Continues

FACT CHECK: FBI is Not “Reopening” the Clinton Email Case