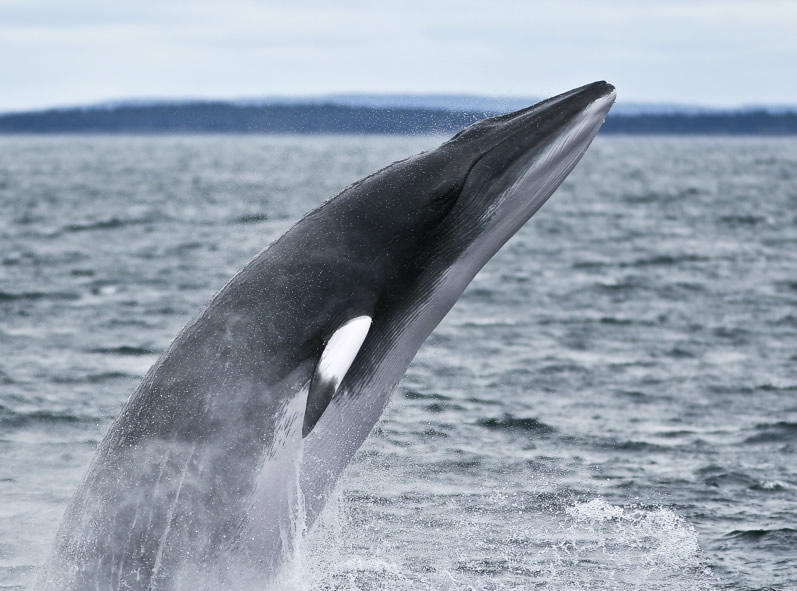 Wildlife experts claim that the noise generated by wind turbines affected the sonar whales use to navigate, causing them to beach themselves. There are several commercial offshore wind farms close to where the whales beached themselves.

“My personal opinion is that it could be a consequence of wind farms and the amount of sand in the water,” John Cresswell, chairman of the Felixstowe Volunteer Coast Patrol Rescue Service, told The Times. “If you stop the boat off the coast you can feel the vibrations and hear the noise.”

The U.K. coastguard received reports of a minke whale calf that had become separated from its mother Friday evening. By the next afternoon, it had been found dead at the mouth of the River Ore, and its mother washed up near Felixstowe. On Sunday, another dead adult whale surfaced, indicating that an entire family could have been killed.

Although proponents allege that offshore wind farms are good for the environment, wind farms can harm whales because they are loud and disruptive.

“There are studies that show that the sounds created by the operational noise of the turbines create vibrations under that may in fact disorient marine mammals like whales,” Bonnie Brady, director of the Long Island Commercial Fishing Association who regularly discusses the impacts of noise on marine mammals, told The Daily Caller News Foundation. “In the case of what looks like this mother and calf, they go on the wrong path and end up disoriented then beaching themselves. The sound kills.”

Both construction and ordinary operations noises from offshore wind turbines can travel immense distances under water. This harms whales, dolphins, marine mammals and fish that communicate with noises in order to breed. For this reason, the National Oceanic and Atmospheric Administration’s (NOAA) guidelines show that high noise levels can cause marine mammals like whales and dolphins to go deaf and disrupt their vocal communications.

When workers construct offshore wind turbines, they use a loud pile driver to anchor the windmill to the seabed. Water magnifies sounds, so underwater the pile driver’s noise can reach levels up to 220 decibels. Putting this number into perspective, 150 decibels of sound can burst human eardrums, and 185 to 200 decibels is the range usually considered to be the threshold for causing human death.

“Its not just whales or marine mammals, it is also fish,” Brady said. “Acoustic disturbances from normal operations can cause underwater noise between 80 to 150 decibels. Sound is how fish and marine mammals communicate. By putting the turbines out away where people won’t see them, wind companies are helping hide the catastrophe.”

The sheer loudness of the turbines can also maim and kill fish. The noise produced when building the turbines poses a particular danger for fish with an organ highly sensitive to acoustics called a swim bladder, which adjusts a fish’s level of buoyancy and determines whether it floats or sinks.