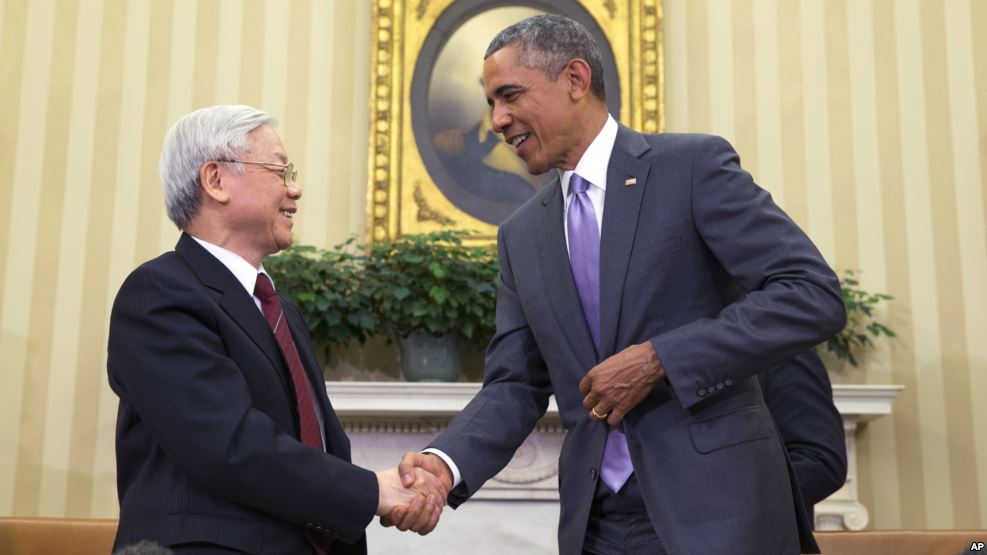 President Barack Obama arrived Sunday in Vietnam to discuss the Trans Pacific Partnership (TPP) as well as loosening a U.S. arms embargo, much to the frustration of China.

Obama is the third U.S. president to visit the communist country since the end of the Vietnam War. The visit will last three days and the agenda revolves around indirectly confronting China.

The president plans to find common ground with his Vietnamese hosts on security issues as the two countries determine how to best deal with increased Chinese naval activity in the South China Sea. Vietnam is hopeful that the Obama Administration’s pivot to Asia will prompt the U.S. president to get rid of the U.S. arms embargo on the country.

Another matter of significant importance to be discussed between the U.S. and Vietnam will be trade issues. Obama will attempt to convince Vietnam to get rid of certain regulatory hurdles to signing the trade deal. Of the 12 countries involved, Vietnam would enjoy the greatest economic gains.China was excluded from the TPP deal.

The U.S. leader may be putting the cart before the horse when discussing TPP with Vietnamese officials since the U.S. Congress has yet to approve of the deal. UPS CEO Dave Abney told Reuters on Thursday that he believes the deal might get U.S. congressional approval in 2016, but only after the November election.

In a nod to human rights activists, Obama will have a Tuesday meeting with the leaders of non-government organizations. Before his trip, many activists asked that Obama meet with those affected by Agent Orange, the toxic herbicide used by the U.S. military that killed and severely injured many during the Vietnam War.

After his three day trip to Vietnam, President Obama will go to Japan for the Group of Seven, G7, Summit. Obama will visit Hiroshima on Friday.

Flashback To All The People Who Praised Chavez’s Socialism

DYSFUNCTION CITY: 7 Simple Reasons Why DC Statehood Would Likely Be An Epic Disaster