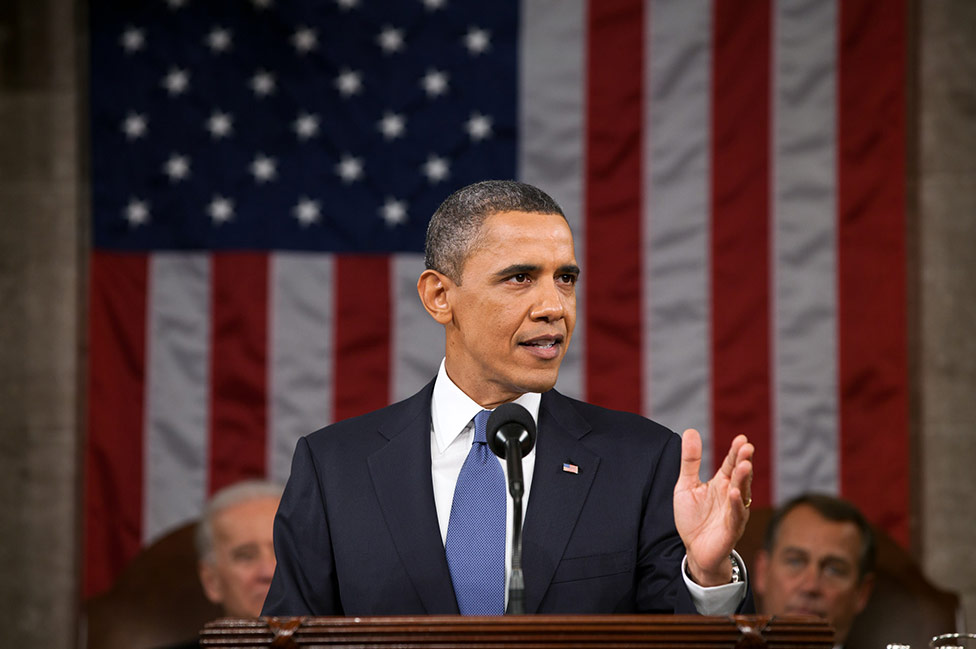 US Delegates unveil UN plan that leaves congress in the cold

The Obama Administration is quietly circumventing Congress to regulate carbon missions in accordance with a new United Nations international climate agreement. U.S. delegates Wednesday submitted to the UN their outline on what the new agreement should contain. Delegates from over 190 countries are slated to meet in Paris of 2015 to reach agreement on the issue.

The agreement would require the US along with all participating nations to set targets for cutting emissions by 2020. Unlike the unsuccessful Kyoto protocol, which required congressional approval, the new agreement would rely on the existing authority of the participating nations to cut carbon levels. The US delegate’s plan would have the US commit to cutting emissions without the consent of Congress.

Annie Petsonk, international counsel to the Environmental Defense Fund, noted that the US plan has a different legal approach because the Congress would likely not approve any such agreement. President Obama will instead agree to cut US admissions presumably through executive powers.

President Obama has already begun using the EPA to regulate emissions without congressional approval. An international agreement to aggressively cut emissions would likely lead to further economic regulation from the executive branch.

The flagrant disregard for the separation of powers and US Constitution which limits and defines them is unconscionable. The president may be frustrated with not being able to pass whatever legislation or treaty he wants, but that is the entire point of our system. The separation of powers is meant to ensure only a strong majority can make laws, by allowing each branch certain checks on the others. The executive branch has the least power of the three.

Obama’s dictator-like attitudes towards economic regulation should be regarded seriously. These policies, if enacted, would have serious consequences on US energy production chiefly among many other industries. With high unemployment and high energy prices, further regulation of major industries is a bad idea. Letting the president solely decide on such matters is even worse.

Nobel winning economist F.A. Hayek wrote The Road to Serfdom after having fled Nazi Germany to warn of the paths societies take towards authoritarianism. Among many factors, it is the abandoning of a Rule of Law which led to the rise of tyranny.

Hayek wrote: “Nothing distinguishes more clearly conditions in a free country from those in a country under arbitrary government than the observance in the former of the great principles known as the Rule of Law. Stripped of all technicalities, this means that government in all its actions is bound by rules fixed and announced beforehand.”

To honor the Rule of Law, Obama must stay within the purview of his office as defined by the constitution he swore to uphold. He has already shown himself willing to completely disregard it.

Is It Good To Be Greedy? Capitalism & The Poor (VIDEO)