In an expansive and fascinating New York Times piece yesterday, psychotherapist Lori Gottlieb put some challenging questions to a modern doctrine. Gottlieb pointed to some compelling research to suggest that – contrary to many peoples’ stated preference for gender equality – couples are happiest when men and women fulfill different and complimentary roles. 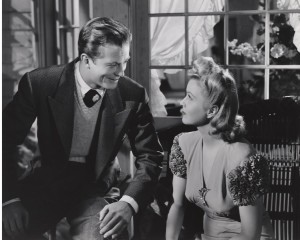 One study Gottlieb cited, published in the American Sociological Review, found that couples have more frequent and more fulfilling sex when women do feminine chores – like cooking and vacuuming – and men do masculine chores – like fixing the car and taking out the trash. Specifically, it found that a wife’s sexual satisfaction was correlated with her husband’s share of the household’s masculine chores.

Gottlieb cited another study suggesting that marriages are most stable when men act as primary breadwinners. The research, published by the National Bureau of Economic Research, shows that if a wife earns more than her husband, the couple are 15 percent less likely to have a “very happy” marriage, 32 percent more likely to report marital troubles, and 46 percent more likely to discuss separating.

When people who are made uncomfortable by this sort of research encounter it, perhaps their most common response is to provide a contrary anecdote. If you prefer personal stories to generalizations, however, Gottlieb provides plenty of the former as well. Drawing on her work with couples, she writes “I hear from husbands and wives who say they want progressive marriages… then start to feel uncomfortable when that reality is in place. And that discomfort, more often than not, leads to less sexual desire — on both sides.”

At one point, Gottlieb criticizes a group of women who praised the book “Fifty Shades of Grey” and then became angry when she suggested that egalitarian marriages were relatively unfulfilling.

Amazingly, at the end of the column, Gottlieb suggests that we should pursue egalitarian marriage in spite of all the research and experience she’s just discussed. She writes “It’s possible that the sexual scripts we currently follow will evolve along with our marital arrangements so that sameness becomes sexy.”

This is unlikely. The two sexes developed specifically for task differentiation and have existed since at least the Stenian period: we won’t be rewriting a thousand million years of evolution anytime soon.

Complete Footage Of The Bombing Of Nagasaki Emerges (VIDEO)