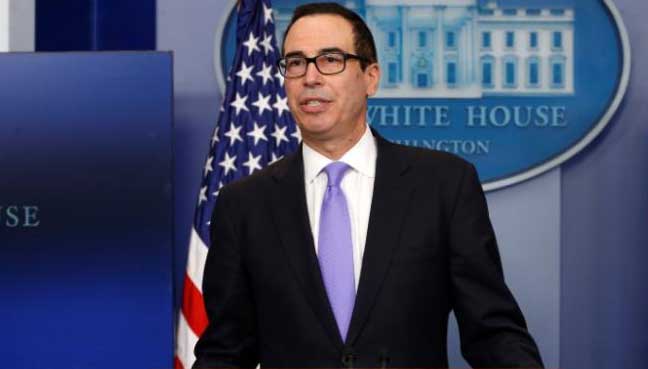 If Mnuchin’s comments are correct, the president would be making good on his campaign promise to not make cuts to Social Security, Medicare, and Medicaid. The president is expected to preview aspects of the budget proposal in his Tuesday address to Congress.

One of Trump’s chief campaign platforms was to massively deregulate the economy and lower the tax burdens on millions of Americans. By not making significant cuts to Social Security and Medicare, the president could miss out on a prime opportunity to boost the American economy, Romina Boccia, a leading fiscal and economic expert at The Heritage Foundation, tells The Daily Caller News Foundation.

The key to controlling federal spending and curbing the federal debt over the long-term is through making “major reforms to the biggest entitlement programs like Social Security and Medicare,” Boccia explains to TheDCNF. These reforms necessary not only to get federal spending under control, but to “stabilize and sustain those very programs.”

Boccia points out that the majority of Americans realize there is a great deal of waste in government, in the forms of “improper spending and corporate welfare,” and they simply want to “see it cut.”

If the president were to go about making discretionary cuts to the federal budget, his efforts could work to not only, “streamline the bloated federal bureaucracy, but also empower the private sector and local jurisdictions and help to stimulate innovation and economic growth,” Boccia tells TheDCNF. Furthermore, making discretionary cuts to the budget and to major entitlements for the president and Congress will “become easier,” as the American people “recognize,” the government can deliver on “making key reforms.”

Tax reform and other budgetary cuts, however, may not come as soon as Mnuchin originally stated Sunday. Trump insisted Monday morning that tax reform is not an option until the White House and Congress can push through a plan to “repeal and replace” Obamacare. Obamacare reform has to come first because it has such drastic effects on the tax code, the president said at a press conference prior to meeting with various governors about health care reform Monday morning.