“I’ve been so traumatized. I don’t sleep at night.”

On Thursday, a column of armor-clad Ankeny police marched up a Des Moines street in a spectacle reminiscent of soldiers occupying foreign territory. The police battered down the door of Sally Prince’s home without warning and barged into the house. Officers were investigating a case of credit card theft, but did not find any of the items they were looking for.

Fortunately, both of Prince’s sons work as audio visual technicians, and security cameras captured the raid on film. The footage discredits police claims that they gave the family a chance to answer the door, instead showing that they burst through the door seconds after arriving. The family says they would have answered the door if police had just knocked.

Footage also shows police destroying one camera and covering up another as they raided the home.

Prince’s son Justin Ross is a veteran recently honorably discharged from the Army. Ross was carrying a firearm he legally owns at the time of the raid. Thinking that criminals were breaking into the house, Ross drew his weapon.

“I’ve been so traumatized. I don’t sleep at night,” Sally Prince told WHO.

Police thankfully did not execute the family’s dog. 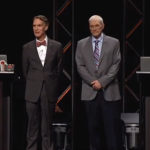 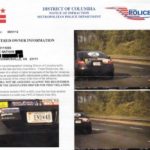