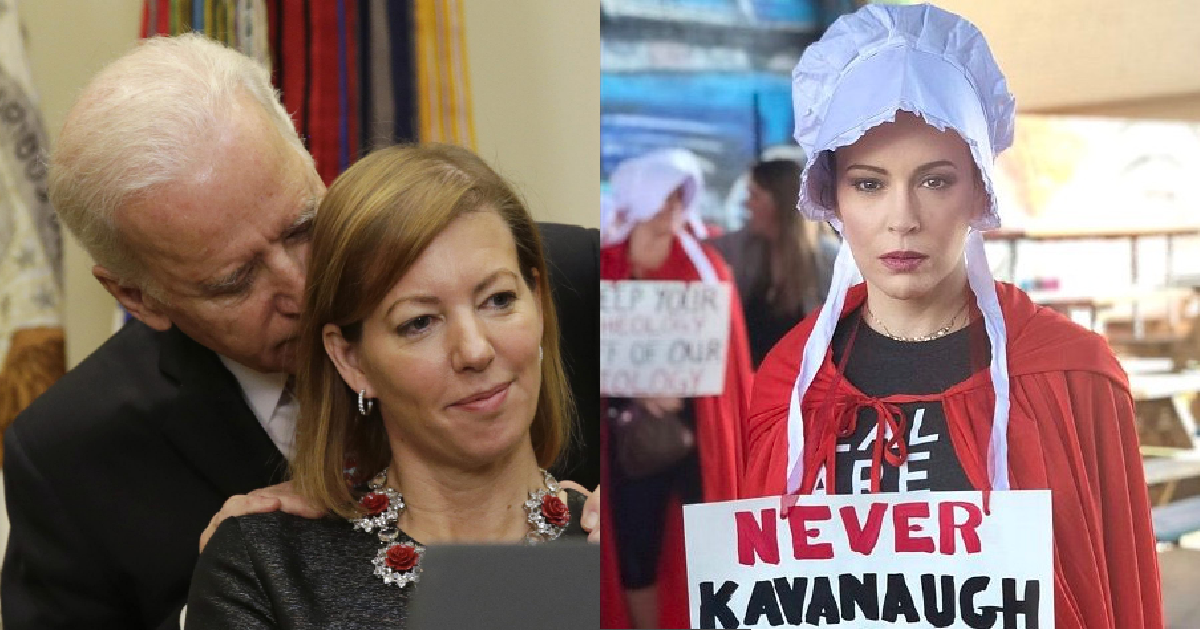 Do Democrats really “believe all women”, as they shouted opposing Brett Kavanaugh’s nomination for the Supreme Court? It turns out, you don’t have to go back to the 90’s with Democrats defending Bill Clinton. Joe Biden (aka Creepy Uncle Joe in the meme community) has often been accused of unwanted touching.

One of the most prominent feminist figures and one of the main leaders of the #MeToo Movement, Alyssa Milano, said: “I respect Lucy Flores’ decision to share her story and agree with Biden that we all must pay attention to it. But, just as we must believe women that decide to come forward, we cannot assume all women’s experiences are the same,”.

It seems she might have forgotten about the message she led against Brett Kavanaugh – “Believe all women”.

Milano made a series of tweets defending Joe Biden. She also praised his apology video. Twitter wasn’t buying it.

Another progressive who attacked Brett Kavanaugh and defended Joe Biden is Whoopi Goldberg.

Goldberg excuses Joe Biden and questions the intentions of his accuser because of the timing in which she decided to make the accusation. She even said, “This pisses me off”. When it was suggested that Joe should stop hugging people and kissing them in the hair, she said that “Biden’s activities are being mischaracterized”. Now, that’s totally different attitude than how she reacted to the Brett Kavanaugh ‘scandal’. She even blamed hyper-partisan divisions for the reason why the Republicans didn’t believe Christie Ford.

Last but not least, Speaker of the House, Nancy Pelosi. Back in September, Pelosi said that “Brett Kavanaugh is unfit to serve in the Supreme Court”, even though there was no evidence of the allegations against Kavanaugh. However, when she was asked about Joe Biden, she stated, “I don’t think it’s disqualifying”.

Do Democrats and the hyper-partisan #MeToo movement really believe *all* women? Or do they believe *some* women when it serves their agenda? Ask Brett Kavanaugh.

US Measles Cases On Track To Set An Alarming Record