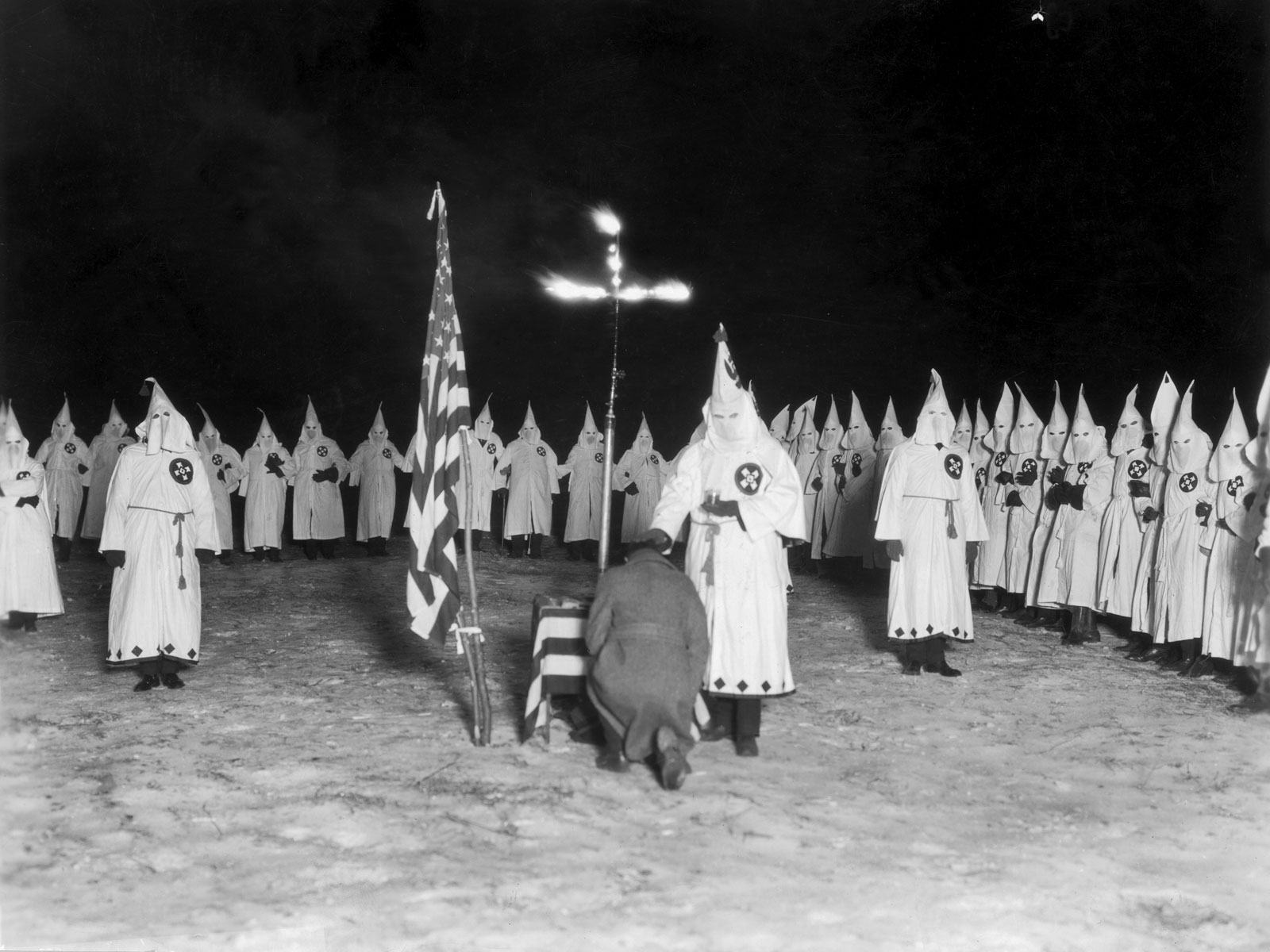 The husband of an Oklahoma town’s mayor had a little too much to drink Halloween night and decided it was a “good idea” to dress up in Ku Klux Klan outfits with his friends.

An image of Cary Sharp, husband of Lahoma Mayor Theresa Sharp, dressed up in a KKK outfit while attempting to light a cross on fire appeared Sunday on Facebook, sparking a scandal in the town. Cary Sharp said he was embarrassed by the image, but that it seemed like “something to do” at the time.

“We sat around the bonfire and drank a couple beers and thought, well … we just thought it would be something to do,” Cary Sharp told local station News 9.

When he sobered up and realized the prank was eternalized on Facebook, he came to a different conclusion.

“It’s not something to do,” he said. “I’m embarrassed. I have shamed my family and friends and I apologize for that.”

Mayor Sharp was quick to condemn her husbands behavior as something that isn’t representative of the town.

“I was out trick-or-treating with my son, and I in no way support the activities that occurred,” she said, according to Enid News.

The woman that took the picture called authorities when she spotted what appeared to be a cross burning by the KKK. When police arrived at the scene they told her that nothing illegal was taking place as it appeared on a private property.

It is unclear how Sharp and his friends suddenly stumbled upon the KKK outfits.