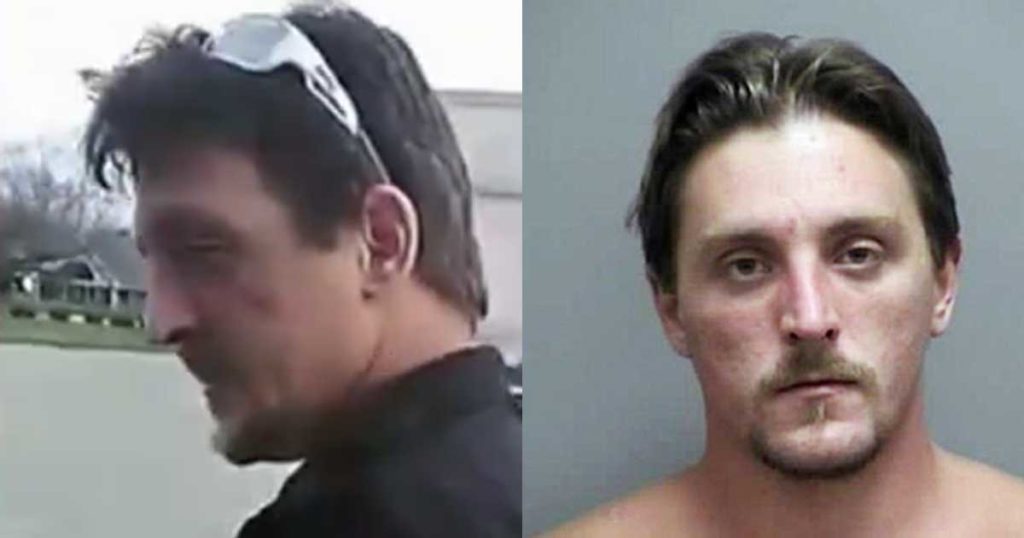 A man suspected of burglary at a Wisconsin gun shop is on the run after allegedly mailing a manifesto to President Donald Trump, detailing his grievances against the government, says CNN.

Joseph A. Jakubowski, 32, allegedly robbed the gun shop in Janesville on April 4, the Rock County Sheriff’s Office said, according to CNN.
“A large quantity of high-end handguns and rifles were stolen and the suspect fled the scene,” authorities explained.
Following his robbery, police found the car that Jakubowski was driving, set ablaze and with evidence that it was done intentionally, Cmdr. Troy Knudson explained to CNN. Unfortunately, Jakubowski was no able to be located by authorities.
Some 150 local, state and federal law enforcement officers were actively looking for Jakubowski, the Rock County Sheriff’s Office said. Additional federal officers have been dispatched to the area, officials said Monday, reports CNN.
Authorities also explained that on the same day on which the robbery occurred, Jakubowski sent a 161-page manifesto to President Trump, and others.
Knudson said the White House has received the manifesto. CNN has mentioned that they reached out to the White House for comment.
The manifesto included “grievances against government and personal angst toward anyone or anything other than natural law or rule,” reported CNN.
According to CNN, authorities released a cellphone video that appears to show Jakubowski at a post office, mailing a bulky envelope addressed to Trump at the White House. The video, which Knudson said was posted on social media, shows Jakubowski’s name and a Janesville return address on the envelope.
Knudson declined to confirm what social media platform the video was on.
CNN reports that authorities have gone through the manifesto, and found anti-religious and anti-government views. As a result, they have beefed up patrols at churches and places of worship, but emphasized that there is no specific threat to any religious group.
“There were two themes in the manifesto,” Janesville Police Chief David Moore said according to CNN. “He was anti-government, and he certainly had his concerns on the federal government, and anti-religion. Those seem to be the two strongest themes.”
A church service at Bethlehem Lutheran Church in Sun Prairie, near Madison, were canceled Sunday after a man who looked like Jakubowski was spotted near the church on Thursday, the Rock County Sheriff’s Office said. Authorities were not able to determine whether the man was Jakubowski, explained CNN.
CNN explained that Knudson said he was unaware of specific people targeted in the manifesto. Rep. Paul Ryan, speaker of the House of Representatives, is a resident of Janesville.
“Local law enforcement was keeping Capitol P.D. in Washington, D.C., abreast of their investigation,” Knudsen said.
Beyond the anti-religious and government rhetoric inside the manifesto, Jakubowski also threatened to steal weapons and use them against public officials or schools, said CNN. An action which has caused Janesville School District to enter into lockdown mode.
Donald McLean, Jakubowski’s stepfather, said that while the two are estranged and have not spoken for two years, he hopes Jakubowski will turn himself in peacefully. McLean said around age 17, Jakubowski began hating police and other sources of authority, reported CNN.
“He just generally started hating society, hating police, hating the government, hating rules, regulations, controls, limits,” he said, according to CNN.
McLean fears what will happen if Jakubowski is confronted by police, and has urged his stepson to turn himself in peacefully, says CNN.
“Stop whatever you’re doing, whatever you’re thinking, put everything down and call 911,” he said. “We can start working through the rest of this.”
Jakubowski is considered armed and dangerous. Anyone who sees him should call 911 instead of approaching him, Knudson said, according to CNN.
The FBI has offered a $10,000 reward for information leading to his arrest.
“All local, state and federal agencies continue to be involved in this search and additional resources have come in from Chicago and Minneapolis/St. Paul Minnesota,” the Rock County Sheriff’s Office said, CNN explained.
It’s unclear what Jakubowski’s goal is, mentioned CNN.
“We know he has put a lot of planning into this, we just don’t know what the endgame is,” Moore said.