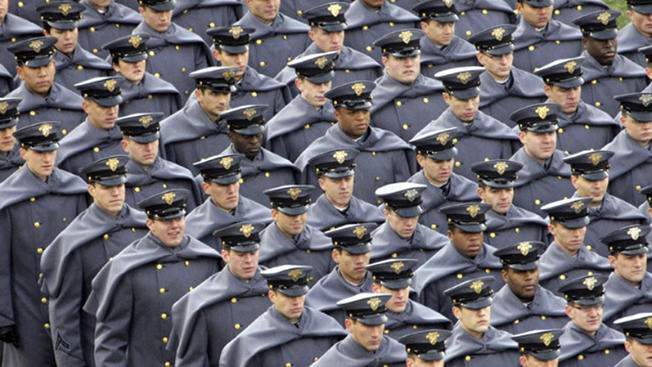 A West Point cadet and former football player was kicked out of the military academy Monday for dealing drugs.

Long, originally from Richmond, Texas, was dismissed from the Army due to the nature of his conviction. He will have to forfeit all pay and allowances.

The rest of his class is set to graduate next month, but Long will not be among his fellow cadets.

“I do not know how I will ever forgive myself for squandering this once-in-a-lifetime opportunity,” Long said in court.

“Cadet Long’s behavior is inconsistent with the values of the military academy,” a West Point spokeswoman said Monday. “The actions in this case were found to be in violation of the Uniform Code of Military Justice and the standards of conduct in the U.S. Army.”

Long and other cadets would drive to Pennsylvania and New Jersey to pick up prescription drugs like Alprazolam and Oxycodone and bring them back to the academy for distribution.

Long says injuries from playing football prompted him to turn to drugs.

The story doesn’t end with Long. Six other cadets are currently facing charges in connection with the distribution ring. One cadet is awaiting court-martial. The other five are on administrative leave while the command contemplates actions ranging anywhere from court-martial to discipline.