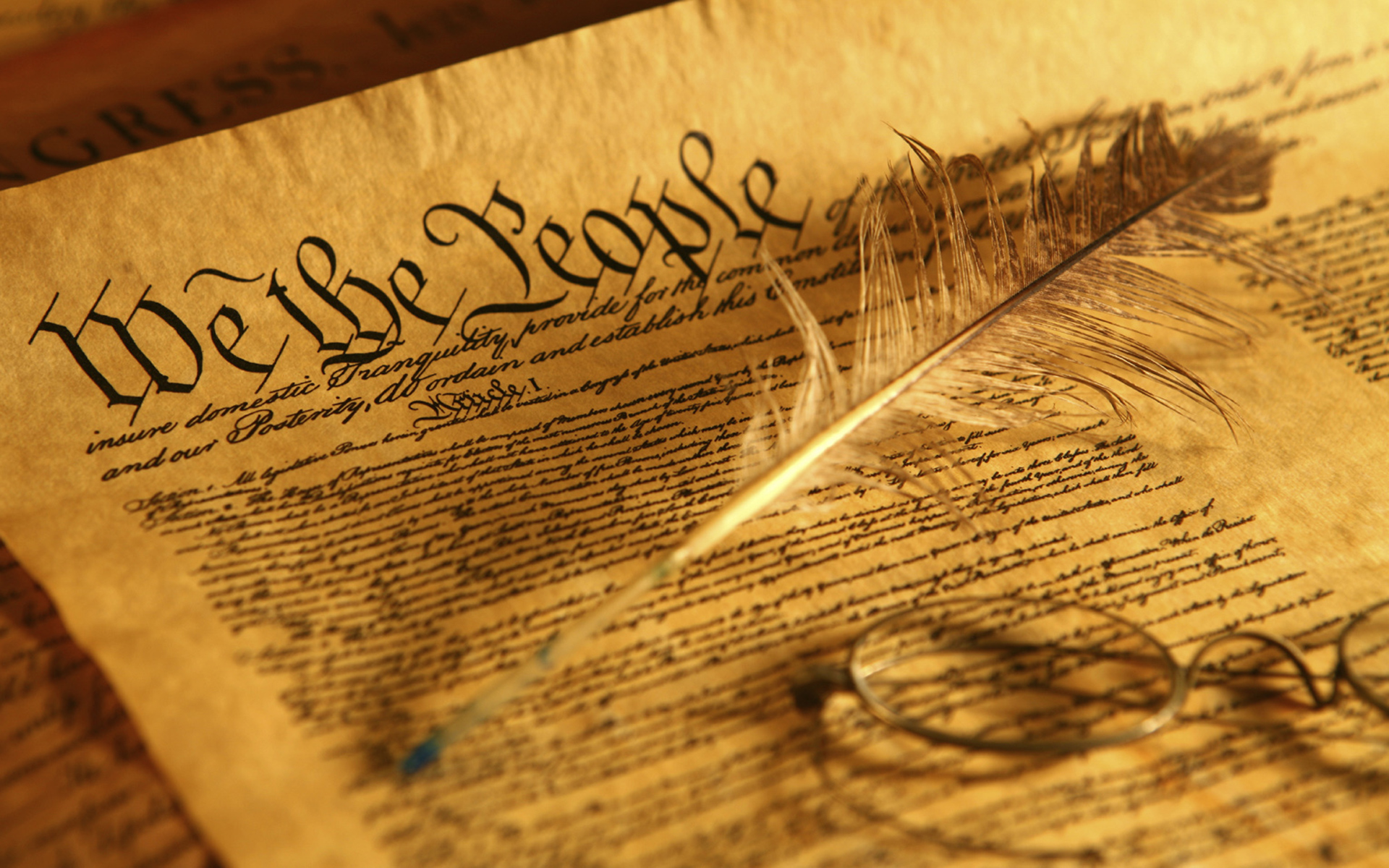 Exactly one month after the Constitution of the United States was signed by the delegates to the Constitutional Convention, an essay was published in the Independent Gazetteer under the pseudonym, “Montezuma,” entitled A Consolidated Government is a Tyranny. The sardonic and sarcastic essay begins with a scathing portrayal of the framers:

We the Aristocratic party of the United States, lamenting the many inconveniences to which the late confederation subjected the well-born, the better kind of people, bringing them down to the level of the rabble-and holding in utter detestation that frontispiece to every bill of rights, “that all men are born equal”-beg leave (for the purpose of drawing a line between such as we think were ordained to govern, and such as were made to bear the weight of government without having any share in its administration) to submit to our Friends in the first class for their inspection, the following defense of our monarchical, aristocratical democracy.

Montezuma slams the seven-Article Constitution for creating an overbearing, centralized government that usurped the power of the states in all matters, and which would create a climate in which the states could no longer operate separately. He also accused the framers of deliberately excluding civil rights.

We have said nothing about a bill of rights, for we viewed it as an eternal clog upon our designs, as a lock chain to the wheels of government…

1. Freedom of Religion, Speech and the Press

Libertarians value personal liberty and freedom of conscience.  If you could not speak your mind and distribute your opinions using the communication tools of the day without reprisal from the government, you could not consider yourself free. These freedoms are codified in the First Amendment, yet they are under attack in modern times. Some have perverted the meaning of the First Amendment to assert a right of freedom from religion, insisting that all religious expression be removed from public places. Universities have draconian speech codes which prohibit discussion that might be deemed offensive to some. The mainstream press that we have in our day has an incestuous relationship with government, illustrated by the plethora of ex-government talking heads on news programs, and ties between journalists and politicians.

Libertarians insist that private property rights are essential to liberty. The 4th and 5th Amendments protect private property from unwarranted seizures and confiscation by the government without due process. The Fourth Amendment clearly states that we have the right to be secure in our “persons, houses, papers, and effects,” illustrating that property is more than one’s belongings. Property rights are under assault with the proliferation of civil asset forfeiture laws, and also government surveillance of our telephone calls, emails and financial transactions.

3. Rights of the Accused

Libertarians understand that laws are made to be enforced, and often with violence. The 4th and 5th Amendments describe protections that limit the government’s ability to use its force against the accused. Searches for evidence must be accompanied by a warrant, which must specifically state what, or whom, is the subject of the warrant—in other words, no fishing expeditions. The 5th Amendment requires that a Grand Jury must approve prosecutions for serious crimes, that we cannot be tried twice for the same offense, and that the accused cannot be compelled to testify against himself.

4. The Prohibition of Slavery

Libertarians have a broader understanding of slavery than what typically comes to mind for most Americans, seeing all government force against an individual who is otherwise causing no harm as a form of slavery. The codified slavery that existed prior to the passage of the 13th Amendment in 1865 was brutally inhuman and an affront to the Declaration of Independence and Bill of Rights. Although slaves had been legally freed, their liberty was not ensured. Five years later, our country found it necessary to pass the 15th Amendment which prohibited disenfranchisement “on account of race, color, or previous condition of servitude.”

5. Equal Protection Under the Law

A favorite philosopher of Libertarians, Immanuel Kant, defined the lawful civil state on three principles: the freedom of every member of a society as a human being; the equality of each with all the others as a subject; and the independence of each member of a commonwealth as a citizen. The 14th Amendment is directed at the states of the former Confederacy, but it applies to all of the states, and it admonishes the states that all of their citizens must have “equal protection under the laws.” Without such a maxim of equality, individual liberty is not secured, but rather random.

Libertarians support the rights of individuals to manage their own persons and affairs provided they do not infringe upon the rights of others. The 18th Amendment that prohibited the “sale, or transportation of intoxicating liquors” was designed to cure what many perceived as a social ill that was destroying the nation—drunkenness. The 18th Amendment made criminals of millions of Americans, and it spawned a black market of alcohol that empowered ruthless, violent gangs. Sound familiar? Today we call it The War On Drugs. In 1933, America seemed to have come to its senses about prohibition and repealed the policy with the 21st Amendment. Perhaps America will come to its senses about non-alcohol recreational drug use, and end the violence associated with the drug trade.

7. The Right to Vote

Freedom requires the right to a voice in government, but that right originally was only afforded to land-owning gentlemen. Suffrage was granted to others piecemeal in several Amendments over numerous decades.  A woman’s right to vote was not constitutionally protected until the passage of the 19th Amendment in 1920, 133 years after the signing of the Articles, and 18-year-olds, although eligible to fight the country’s wars, were not given the right to vote until the passage of the 26th Amendment in 1971, just five years shy of America’s bicentennial.

8.The Right to Protest

Liberty is never assured, and governments are prone to limiting our freedom as much as possible. The 1st Amendment right to assemble and challenge the government is essential to defense of liberty. It is sometimes a futile exercise, sometimes dangerous, and sometimes necessary to bring about change.

Libertarians recognize rights as something not granted by government, but inherent in natural law which must be recognized by government. The 9th Amendment simply says that if we didn’t list a right here, that doesn’t mean that the right doesn’t exist. We have infinite rights and the state has limited powers. It is unfortunate that this principle has been forgotten as the state grows stronger and the people become less free. You can have all the rights in the world, but they’re meaningless if you can’t defend them. The 2nd Amendment clearly expresses that the right to bears arms is “necessary to the security of a free State.” A free state. The Articles crafted a government with checks and balances to keep any branch of government from usurping the powers of the other. The ultimate check and balance was the right of the people to bear arms. An unarmed populace has no ability to keep its government from turning to tyranny.

Montezuma was right about the Constitution as originally proposed. It needed a lot of work, but the framers did give us the ability to fix it, even if it’s taken a couple of hundred years.

College Prof: Sexual Assault Offends Too Many Students To Teach About It