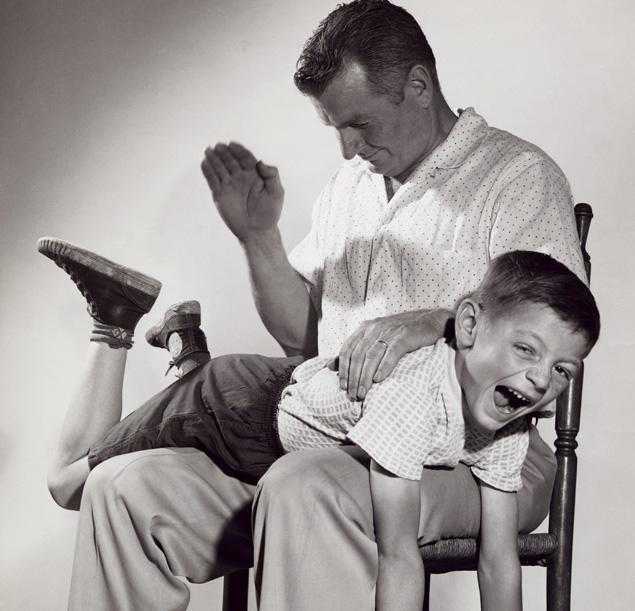 The Ethics Of Spanking

MCPHERSON COUNTY, KS— State Rep. Gail Finney (D) claims that her new bill would enable parents, teachers and caregivers to restore their parental rights, even though it would allow children to be beaten to the point where it would leave bruises.

Current Kansas law allows spanking, as long as it doesn’t leave a mark. My parents raised me using this type of discipline, and that was traumatic enough. This new bill would expand the current law and allow children to be struck up to ten times, and any subsequent bruises and redness would be completely within the parameters of the law.

Britte Colle, the McPherson County Attorney that proposed the new law to Finney, claims the measure will more adequately define what parents are not allowed to do, and will in turn protect the children.

“This bill basically defines a spanking along with necessary reasonable physical restraint that goes with discipline, all of which has always been legal,” Colle stated. “This bill clarifies what parents can and cannot do. By defining what is legal, it also defines what is not.”

Proponents of the bill say kids are no longer respecting authority as much as they should, and parents should be able to discipline their children “without fear.” Yes, let’s focus on the fear that parents will feel hitting their children. Despite the fact that the law would allow children to be physically marred by their “discipline”, Colle says the rules only allow children to be hit with an open hand, while avoiding the head and body.

Stefan Molyneux, the popular host of Freedomain Radio, makes a compelling case on why physically disciplining children violates the non-aggression principle, and shouldn’t be used at all. He even goes so far as to say “the future freedom of the world is at least to some degree rooted in the peaceful parenting and peaceful protection of children.”

Although corporal punishment has been banned in thirty states, at my high school in Richmond, Texas, corporal punishment was still allowed with parental consent. Students could either get a “licking” with a spanking paddle or face detention. I always chose detention, finding the idea of physical retribution for an infraction like being tardy abhorrent.

At what point does discipline become abuse? Parents that will hit their children over the slightest infraction, or over an imagined one, will have more protection than the children being hurt. State Rep. Finney is sticking to her guns however, and plans to continue fighting to keep the bill on the table should House Corrections Committee Chairman John Rubin fail to address it this year.