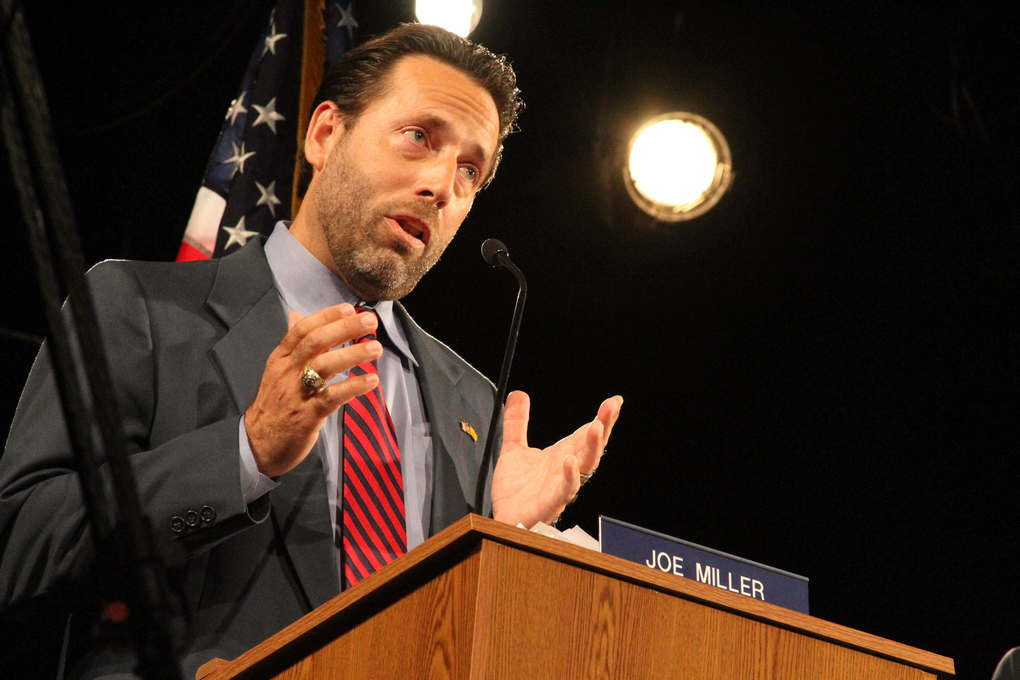 Yesterday, The Libertarian Republic published a report on Joe Miller, the 2010 Republican Senate nominee from Alaska who is running for the same position this year as a Libertarian. As noted by TLR, Miller opposes portions of the national Libertarian Party platform and has not endorsed Gary Johnson. The Senate nominee responded in the comment section late last night:

I have stated repeatedly – and in all of my past election campaigns – that I am a federal libertarian. That means, let the states choose their own paths, local control, restrain the federal government. More views: except at the borders, the federal drug war is unconstitutional; net neutrality = government control = horrid; I am an anti-Neocon but believe that we should have the power to defend ourselves; the surveillance state is tyrannical. I have repeatedly criticized the two major parties. I do agree with a number of positions of Gary Johnson (abolish Dept. of Educ., abolish the IRS, etc.), and intend to issue a statement about that in the future. Although I am not voting for Gary Johnson, my candidacy – and the exceptional platform of the ALASKA Libertarian Party – will absolutely move things forward against the Duopoly in both this state and at the national level. I probably won’t have the opportunity to engage in any responses but would invite like-minded folk to support us in this historic effort in Alaska.

The Libertarian Senate nominee notes that he supports the platform of the Alaska Party, which somewhat differs from the national platform. The Alaska LP does not directly mention much in the area of social issues, including abortion, same-sex marriage, or the War on Drugs.

As mentioned in the previous piece, no matter his ideology, Miller offers to Libertarians a serious opportunity to make a difference in a U.S. Senate election. The Libertarian Republic hopes to engage him further on his belief system so as to clarify any misunderstandings and allow him the opportunity to explain his switch from Republican to Libertarian.