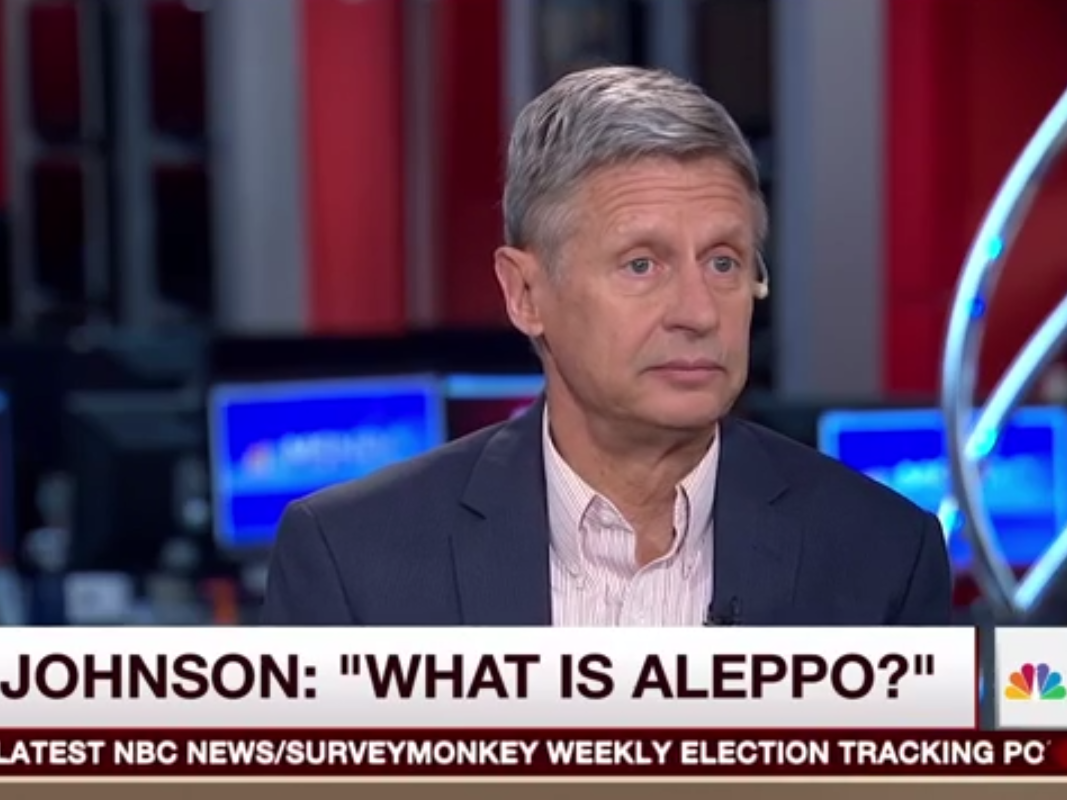 Libertarian Gary Johnson ignited a media firestorm Thursday after he was asked “What is Aleppo?” by MSNBC host Mike Barnicle. Johnson did not understand the question at the time, leading to bewilderment by the panel. The former New Mexico governor issued a statement afterwards in response:

This morning, I began my day by setting aside any doubt that I’m human. Yes, I understand the dynamics of the Syrian conflict — I talk about them every day. But hit with “What about Aleppo?”, I immediately was thinking about an acronym, not the Syrian conflict. I blanked. It happens, and it will happen again during the course of this campaign.

Can I name every city in Syria? No. Should I have identified Aleppo? Yes. Do I understand its significance? Yes.

As Governor, there were many things I didn’t know off the top of my head. But I succeeded by surrounding myself with the right people, getting to the bottom of important issues, and making principled decisions. It worked. That is what a President must do.

That would begin, clearly, with daily security briefings that, to me, will be fundamental to the job of being President.

It is highly unlikely that most of the country knows where Aleppo is. Even holding Johnson to a higher standard, the phrasing of the question certainly had a “gotcha” feel. If it were not seemingly such a trap, Barnicle would have simply clarified rather than condescendingly asking “are you kidding?”

Joe Miller Responds to TLR: “I Am A Federal Libertarian”