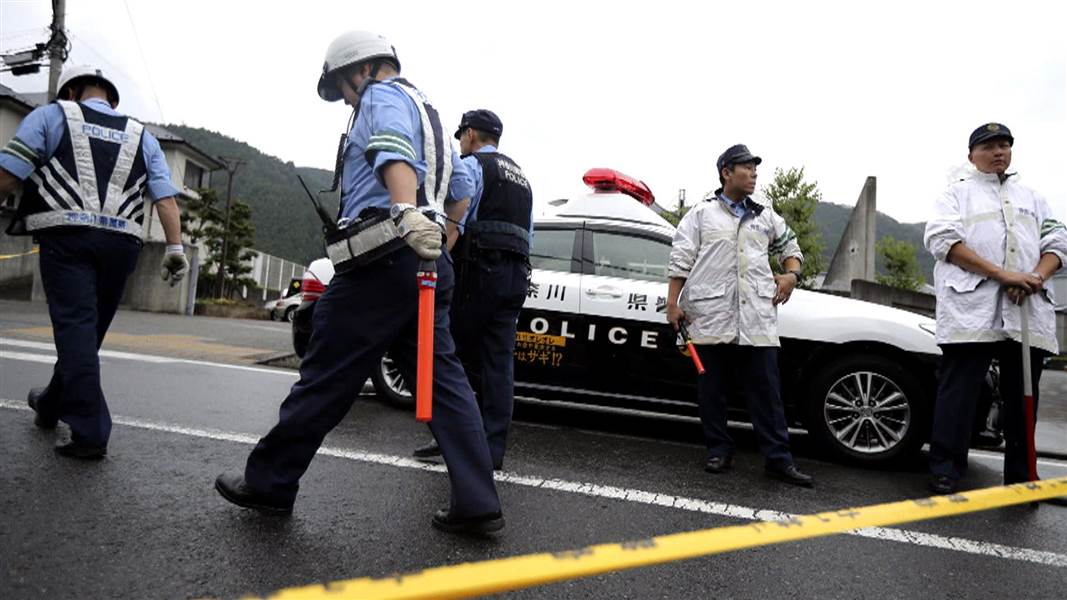 Vox published an article hours after Japan’s worst mass homicide in 80 years to remind readers stabbing sprees are rare in Japan, and “gun control is a big reason why.”

Nineteen people were stabbed to death and 26 others were injured at a facility for the disabled in Sagamihara, Japan, Monday. The man that broke into the building tied up caregivers before starting his rampage and afterwards called the police to tell them “I did it.” He went on, “It’s better that disabled people disappear.”

Vox noted mass killings “are extremely rare in Japan” which makes this stabbing “especially shocking.” He explained “there are many reasons” why Japan’s murder rate is so low, and that “not all of them are fully understood.”

Despite the array of factors contributing to a society’s homicide rates, Beauchamp asserted Japan’s gun control laws are “undeniably” one of the biggest reasons.

Beauchamp claimed although the Sagamihara tragedy was committed with a knife, “this kind of event would be more common” absent Japan’s stringent gun laws.

An important fact about Japanese gun control is that it extends to swords and knives. The law prohibits people from carrying knives with blades of six centimeters or longer. A Japanese citizen who wants to possess a blade of 15 centimeters or longer must obtain permission from a prefectural public safety commission.

In spite of these regulations, there were 4,677 illegal knife violations in 2007. In 2009, A 74-year-old American tourist in Japan was placed in a holding cell for nine days for carrying a pocket knife that exceeded violations by 1 centimeter.

According to law professor David Kopel, the confession rate in Japan is 95 percent. BBC wrote that Japan “has a conviction rate of over 99%, most of which are secured on the back of a confession.” The article adds that “Japanese society’s emphasis on shame and consideration towards their family plays a role” in high confession rates.

Beauchamp wrote that Japan disproves the idea that “if you ban guns, only the criminals will have guns,” because the Yakuza kill fewer people with guns than American gangs. He also noted that “a large percentage of firearm homicides are related to the Yakuza” and also that Japanese gun ownership is significantly smaller than American gun ownership.

Citing studies attempting to show that more guns equals more crime, Beauchamp leaves out cases such as Israel and Switzerland.

Both countries, when accounting for government-owned guns which citizens keep in their homes, have higher gun ownership rates than America. Interestingly, both Switzerland and Israel have lower murder rates than Japan.

Beauchamp explored possibilities that there are other factors influencing crime rates, but concluded that “gun control is, without much doubt, a reason these killings are so rare there. That bears repeating.”