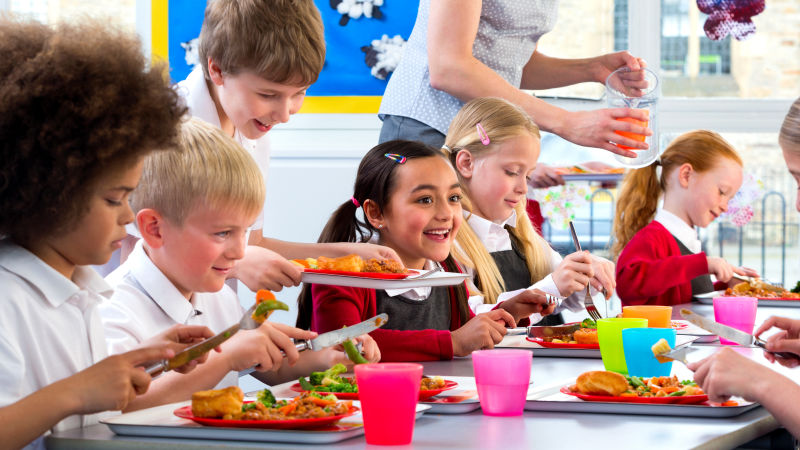 “These reforms that went through in 2010 pushed by Michelle Obama, were well-intentioned, but in reality kids were not eating the food,” Gunlock said. “And we saw that there was a major food waste problem developing in some of these schools.”

Gunlock claimed students were so unhappy with the quality of the food they began throwing the meals into the trash.

“Kids [were] taking entire trays and throwing them in the garbage,” she said. “One study said 60 percent of vegetables, 40 percent of fruit was just being tossed. In one L.A. County, the school made an arrangement with a homeless shelter to give the food because they had so much left because, again, kids were not eating the food. So these reforms are just to give school cafeteria workers essentially more flexibility to make the food tasty as well as nutritious.”

Co-host Ainsley Earhardt asked if it was wise to return to the old lunch menus simply because children didn’t enjoy the healthier options. Gunlock said detractors were blowing the issue out of proportion.

“This is being cast as, ‘Oh junk food’s making return to schools, unhealthy food. We’re going to back to where ketchup is considered a vegetable.’ That famous case. But this isn’t that,” Gunlock replied.

“Look, the thing is there’s nothing wrong with a child eating a corn tortilla or a flour tortilla. Some of the rules for instance, taking out butter and salt. Now I’m a mother of three children. I have to get my kids to eat vegetables. I don’t need a PhD in nutrition to know that if I put a little bit of butter and some salt on broccoli or I put a little bit of cheese, it’s going to entice them. They’re going to enjoy it more. All of those tools were taken away from school cafeteria workers, making it much harder to make the food [appealing] to children.”