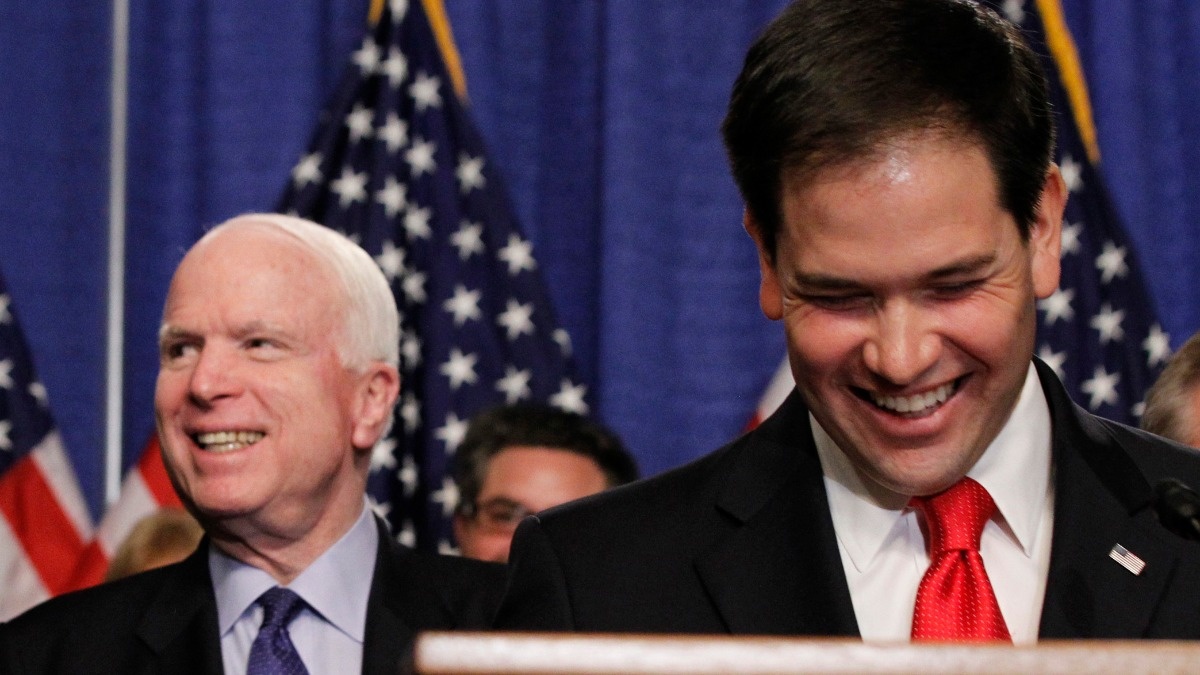 On Tuesday, incumbent U.S. Senators John McCain and Marco Rubio won their Republican primaries. McCain fended off a challenge from State Senator Kelli Ward. Rubio defeated real estate developed Carlos Beruff. While neither McCain nor Rubio could ever be accused of being libertarians, their victories are a positive in the GOP over at least one issue: immigration.

For example, Beruff ran an ad in July attacking Rubio for not supporting Donald Trump and accusing Rubio of supporting “amnesty.”

Rubio famously supported the “Gang of Eight” immigration reforms which would simplify the bureaucracy of the American immigration system. It provided a path to citizenship for undocumented immigrants currently residing in the country. During his Presidential run, Rubio often defended and fled from this past position as the Trump wing of the party overtook the campaign narrative.

Meanwhile, in Arizona, Ward attacked McCain’s position on immigration as well. One particularly disturbing graphic compared the two candidates as such, praising Ward for such positions as “limit[ing] unnecessary worker visas” and “reduc[ing] total immigration”: 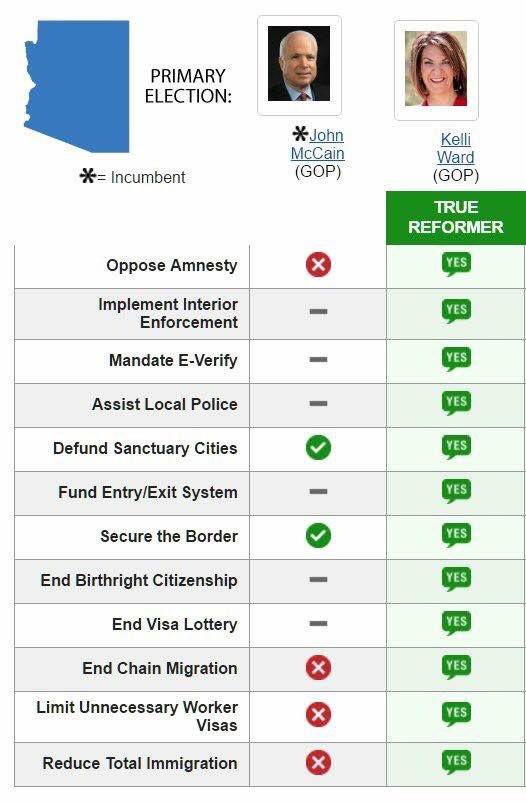 Senator McCain has long been one of the best Republicans in the Senate on the issue of immigration. In 2005, he worked alongside Ted Kennedy to implement a plan which would create a guest-worker program and a path to citizenship for many undocumented immigrants. He later spoke of the bill, noting that, “We all know the parties that have attracted immigrants into this country have been the ruling parties. It’s just a historical fact.” Much like Rubio, he has since backed away from his common-sense position on immigration in order to avoid alienating right-wing conservatives.

Despite their softening on their past positions, these victories by McCain and Rubio signal that a significant portion of the Republican Party still sides in favor of liberty on the issue of immigration. Though the era of Trump will soon pass, his vitriolic rhetoric on immigrants could permanently stain the GOP.

Voters in Arizona and Florida have indicated that they have not fallen into the populist trap of xenophobia and racism which Trump and other alt-right types have created. While Rubio and McCain remain some of the worst on foreign policy, continually espousing neoconservative agendas, it is a relief that their voices on immigration may still influence the Republican Party.