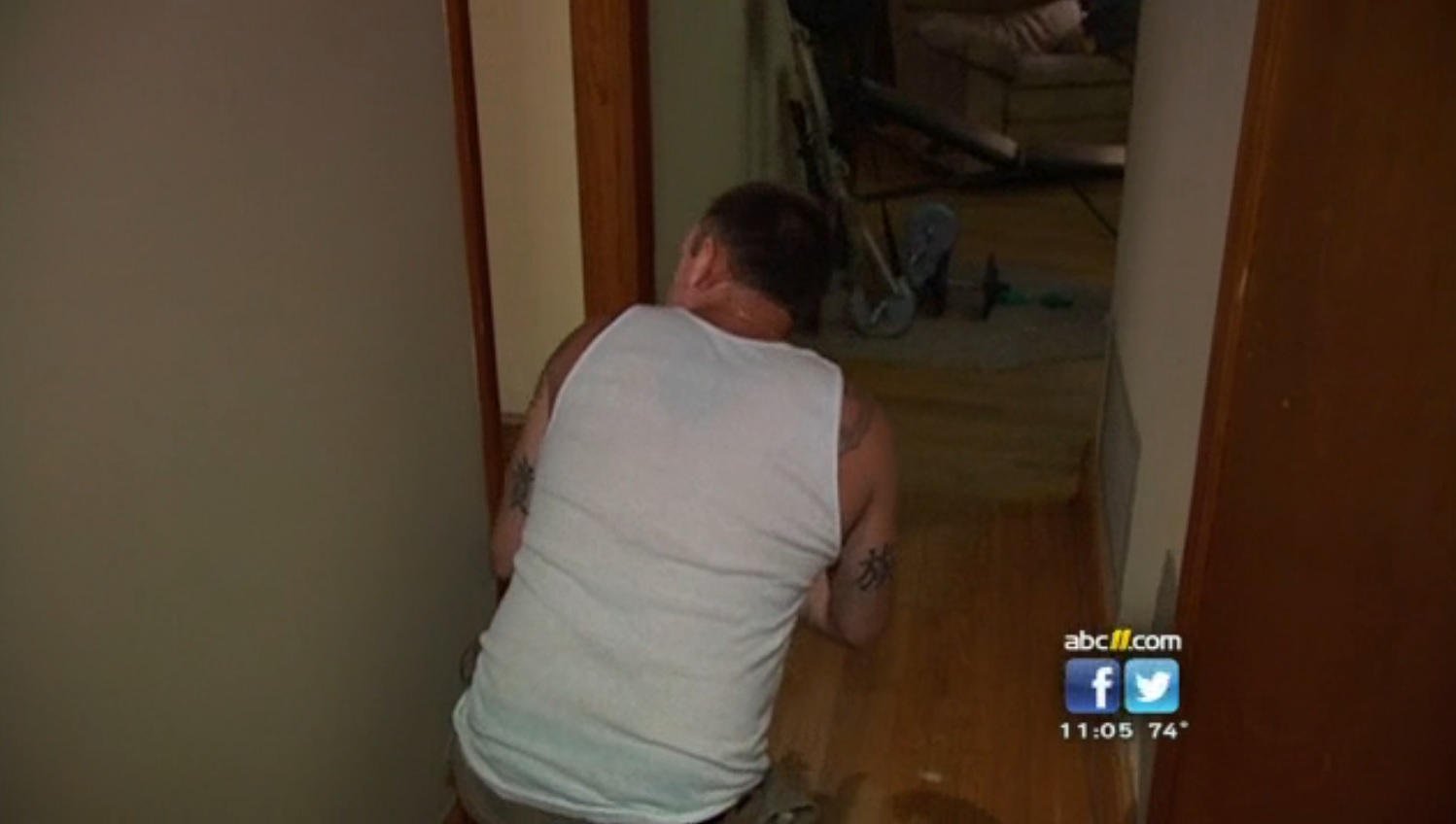 A North Carolina home invader knocked for 15 minutes to before breaking into Jonathan Haith’s home yesterday morning. Perhaps concluding that nobody was inside, the armed intruder kicked in the door. In fact, Haith had been asleep and didn’t want to be disturbed.

Alarmed by the sound of his door being kicked in, Haith grabbed his AR-15 and crouched near a corner. The criminal was startled to see Haith and shot first, but missed. He fled from the home after Haith shot him in the stomach. The intruder and his apparent getaway driver have been arrested.

A rising number of gun control advocates have begun to argue that robbers and home invaders have a right not to be killed when they are committing their crimes. When a Sacramento resident shot two burglars earlier this month, the families of the burglars organized a candelight vigil outside his home, arguing that “they didn’t deserve to get killed.”

The family of Dante Williams, a man shot while robbing a South Carolina Waffle House, has argued that Waffle House patrons should have surrendered and allowed Williams to rob the business. The family has called for stricter gun control laws.

Do The States Have A Right To Establish An Official Religion? (PODCAST)