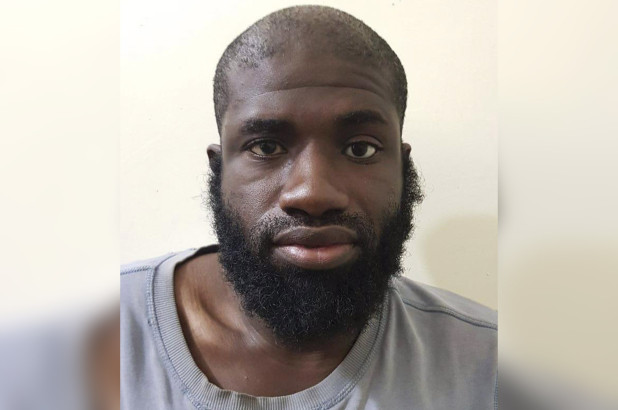 A former Texas school teacher who was apprehended after joining the Islamic State claims he joined the group to see what it was all about.

“I wanted to go see exactly what the group was about, and what they were doing,” said Houston man and former school teacher Warren Christopher Clark, NBC reported Tuesday. The 34-year-old maintains that curiosity inspired him to join the extremist group, according to NBC.

“Of course I saw the videos. I think with the beheadings, that’s execution. I’m from the United States, from Texas. They like to execute people, too. So I really don’t see any difference,” Clark also said, NBC reported. “They [ISIS] might do it off camera, but it’s the same.”

Clark’s claims come after he was apprehended by American-backed forces on Jan. 6. He was fighting on a battlefield in Syria, The New York Times reported.

He sent a resume and cover letter to ISIS, seeking to teach young students about the group’s violent ideology. “Dear Director, I am looking to get a position teaching English to students in the Islamic State,” Clark allegedly wrote in a letter to ISIS, according to documents recovered by American forces.

Clark has reportedly been associated with ISIS since after June 2015, according to The NYT. Prior to pledging allegiance to ISIS, Clark taught English in Saudi Arabia and Turkey, documents reveal.

Clark’s father, Warren Clark, claims that his son would never become involved with ISIS. “My son would not be involved in anything along those lines,” he said, according to The NYT.

Warren Christopher Clark says he was detained a number of times by ISIS after he refused to use weapons to fight for the group. Despite those detentions, ISIS released him and never harmed him, Clark claims.

Roughly 250 Americans have traveled to Syria or Iraq to join ISIS since fall 2015, according to a December 2015 report from George Washington University’s Program on Extremism. U.S. authorities have charged 71 Americans with ISIS-related activities since March 2014, according to the report.

Few Americans who defected to ISIS have been caught and brought back to the U.S. Only four Americans have been captured fighting in Syria and Iraq, The NYT reported.

Up to 30,000 ISIS militants remain active throughout Iraq and Syria, according to a summer 2018 Pentagon assessment.