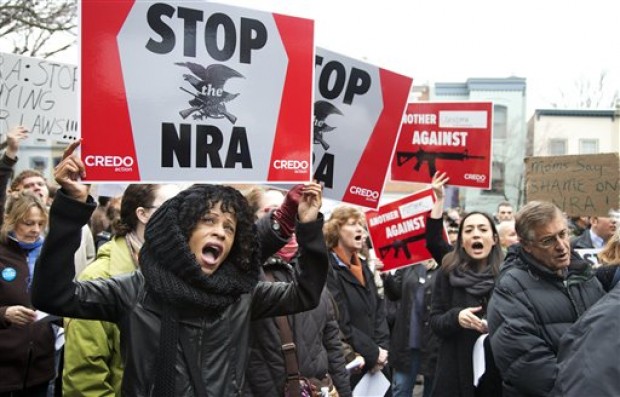 Earlier this week, a nine year old Chicago boy was lured into an alleyway and brutally shot to death. Tyshawn Lee was executed because of his father’s gang ties as part of an ongoing bloody turf war. Father Pierre Stokes – a convicted felon on parole – refuses to cooperate with police and claims he has dissolved gang ties; despite a recent arrest over a .45 caliber handgun that had no serial number.

One would think that Tyshawn’s execution would be the catalyst for another nationwide debate about gun laws. After all, bloodthirsty criminals walk the streets and execute children – the very people gun control advocates claim to protect. In this day and age, however, the focus has shifted from reality to narrative.

Unfortunately, Tyshawn will never receive any “politicizing” from President Obama. Moms Demand Action won’t bemoan the usual “gun show loophole” and liberals won’t cry about the NRA. No donations from Michael Bloomberg, either.

Why? Tyshawn’s murder is one of many that are the most serious gun violence problem in the United States, and gun control is not the solution. Unfortunately, no matter how many laws are in place, black on black gang violence continues to terrorize neighborhoods and families.

Chicago, a liberal bastion of gun control, does not suffer from a lack of laws. It suffers from lawlessness. Pierre Stokes and the gang member who killed his son were not interested in any gun purchase that required a background check. How could Stokes, a convicted felon, have been prevented from having a gun when it had no serial numbers?

Somehow, they both had guns and committed violent crimes despite the Illinois requirement for background checks on private sales of firearms – aka the “gun show loophole”.

When challenged on the subject, gun control advocates cling to the narrative that loose gun laws in other states create an influx of guns to Chicago. Their evidence? Weapons seized by Chicago PD and studied by the ATF show that half originated from outside the state and about a quarter from nearby suburbs, yet the state of Illinois is still the single largest supplier. Mind you, confiscated guns with scratched off serial numbers are not even mentioned in the ATF report.

I guess that if other states had tighter drug laws perhaps Chicago wouldn’t have a drug problem either. Federal gun trafficking laws already exist, and criminals unsurprisingly don’t abide by them. It’s a weak excuse intended to avoid the more serious problem of urban black communities plagued with gang violence.

So what does cause Chicago’s gun crime? The City of Chicago and every other liberal entity claim it’s a “gun problem”. Guns do not cause crime nor do they motivate crime.

Economics often focuses on how people react to incentives, which can explain violent crime concentrated in urban areas. The matter was studied in depth using long term time series and cross-country data to understand the determinants of crime. One theory is consistent with the data: enforcement of drug prohibition encourages violent dispute resolution.

This explains why gun violence, despite being at a historical low, persists in low income urban neighborhoods. Under the burden of poverty, people make decisions at the margin – just like anyone else. In other words, they view the consequences (costs) of the drug trade (death, jail, etc) as less severe relative to the benefit (money, notoriety, etc) because of a desperate situation or natural environment.

A groundbreaking study led by Sudhir Venkatesh, an economist known for this type of research, provides a deeper understanding of the illegal gun market and why gun control is ultimately ineffective. Venkatesh and his team interviewed hundreds of gang members, illegal gun dealers, and various criminals in order to understand the black market for guns. Their findings actually correspond with existing literature on the matter.

The Chicago gun market, as it turns out, is not as booming as one would think. In fact, local gangs rarely participate in the arms trade because of the added scrutiny from police. As one officer told Venkatesh, “They know the rules. You sell guns in our city and we have a serious problem”.

The criminals interviewed readily admitted to selling narcotics and stolen goods, but said they avoid the gun trade. This might explain why, as previously noted, a large portion of confiscated guns are from out-of-state.

Transaction volume is low because of the high search costs associated with each transaction. In the targeted high-crime areas, researchers estimate there is one sale for every 30 neighborhood residents every year – compared with 500,000 to 1 million for cocaine.

Moreover, a substantial amount of guns are “administered” by gang leaders when there is a need, and then returned afterwards. The reason? Most guns on the illegal market are low quality and have a huge mark up.

The Bureau of Justice reports that most guns used in crimes are acquired through criminal means such as theft or black markets. It’s hard to imagine how “gun control” would inhibit criminals from doing criminal things, especially protecting their own enterprises.

These findings confirm that most gun violence is indeed a function of drug prohibition – largely in urban, black communities.

All gun violence is tragic; there’s no question about that. It seems to me, however, that the most socially damaging form of gun violence has been entirely ignored by the people who claim to have a serious concern for gun violence. Policy should not focus on reducing crime via restrictions of liberty, but rather address the root causes and motivations. Gun control fails to solve the causes of gun violence in favor of political grandstanding.

Drug prohibition created a hostile environment that is now being blamed on “gun control”. While the violence continues in urban epicenters, politicians and activist groups ignore the painful reality for a lot of people. We do not have a lack of gun control; we have a zealous commitment to lost cause. 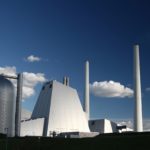 Not Even Democrats Believe EPA On Viability Of ‘Clean Coal’ Tech 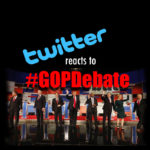