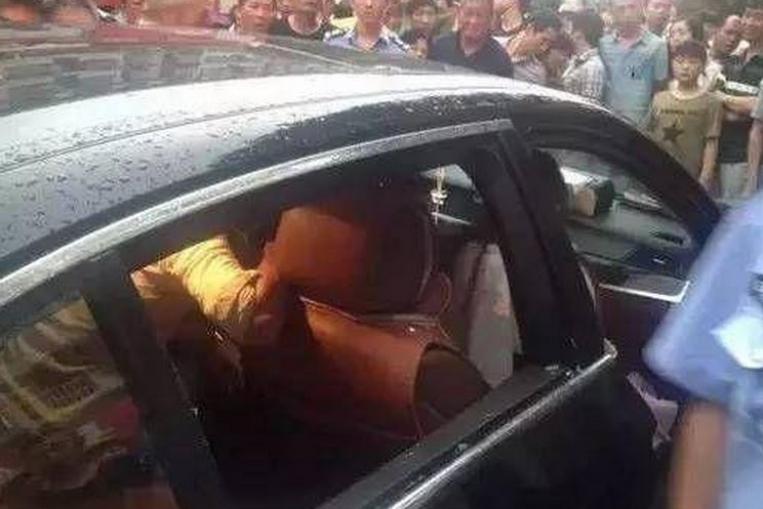 Sometimes people call their nice cars their “baby,” and most of the time they’re kidding.

But sometimes, they’re not.

One woman in China recently let the world know that she valued her BMW’s window more than her son’s life.

In the city of Yiwu, China, large crowds had gathered around a luxury BMW car because they heard the screams of the three-year-old boy inside, trapped inside the car on a hot summer’s day.

By the time firefighters had arrived on scene, the boy had grown visibly weaker, clawing at the car windows.

When the firefighters attempted to break the window and let the child out, the mother stopped them and suggested they wait for a locksmith to unlock the car rather than break a precious window.

But the firefighters ignored her and ended up smashing the window to rescue her son anyway.

“Looks like the car window is her real son,” wrote @Wangtengke_Scott

“How can you hit the car window? It’s the mother that should get hit,” commented @Wenhaowomenzuopengyouba

“Above all, the mother shouldn’t have left the little kid alone in the car. Even if the car were not accidentally locked by itself, what if there were a bad guy who would break the window and steal the kid?” said @Xiyajun1985

What do you think would cause a mother to behave this way? Leave your comments below.

NAACP Literally Calls For Imitating The Taliban Over Confederate Memorial