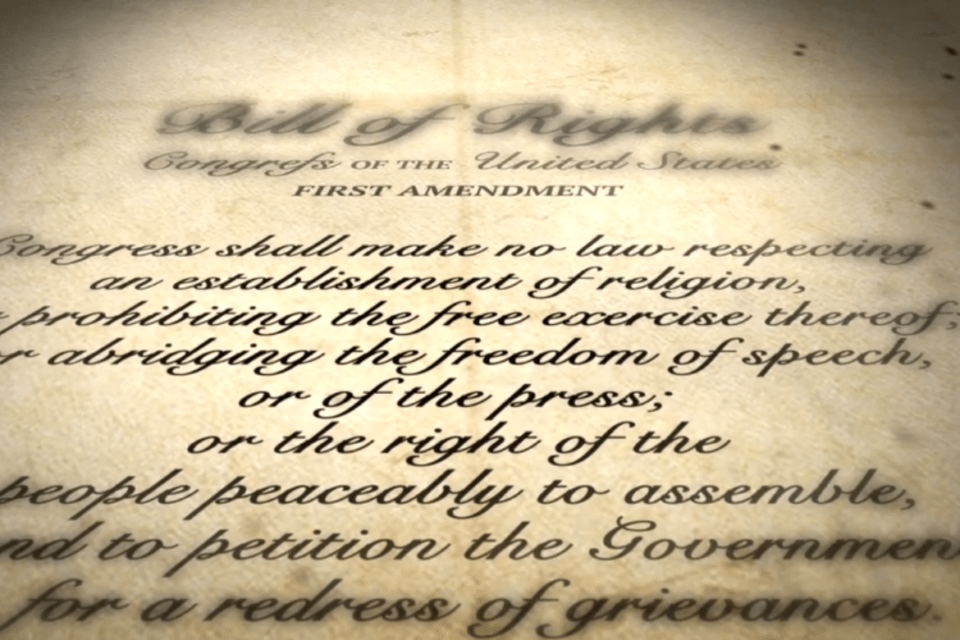 Many conservatives are upset. They are upset that they cannot post their opinions, as they see fit, on various media outlets. President Trump just chimed in, using Twitter to denounce Twitter and other social media platforms by saying, “Republicans feel that Social Media Platforms totally silence conservatives (sic) voices. We will strongly regulate, or close them down, before we can ever allow this to happen.”

But Twitter is private property. It is a company with physical resources — computer servers and buildings — and, above all, intellectual capital — in the form of computer coding that powers this marvelous communications platform. All of it belongs to its shareholders, who are its owners, including its founder, Jack Dorsey, who owns 13% of the firm.

The terms of use of Twitter are set by its owners, in much the same way that you can set your terms of interaction with a guest in your house. If that guest abuses you, or threatens to shut down your house or burn it down, you can kick him out, or even call the police to protect your property right.

The right of free speech is an aspect of one’s right to property.

Communist governments understood this. In Poland, before its liberation from communism in 1989, and before the Internet era liberated communication from its dependence on newsprint, the Communist Party controlled speech by controlling the access to newsprint. When the Solidarity protest movement gained traction in the 1980s, the dictator of Poland, Wojciech Jaruzelski, tried to stop their message from getting out by preventing Solidarity from getting access to the paper it needed to print its leaflets, posters, and newspapers.

The rulers of the Soviet Union understood this, too. Photocopiers were a highly guarded technology, whose access was strictly controlled. And just to get a typewriter, one needed a special license from the government, which would not be granted if your loyalty to the state was even slightly in doubt. Surprisingly, even a typewriter was a tool of subversion because it could be used to create samizdat, which were typewritten copies of illegal books.

The idea was that if you received one of these typewritten books, you had to type out a new copy so that you would pass on two copies, your original and one more. This was a laborious process, but it was successful in helping to bring down the Soviet Union by multiplying the circulation of banned books such as Alexander Solzhenitsyn’s The Gulag Archipelago, which described the Soviet Union’s system of gulag prison camps.

The principle here is that the right of free speech is a right possessed by individuals and it is exercised through their privately owned property. The American Founding Fathers understood this when they named it in the Bill of Rights to the Constitution as one of the individual rights that the state could not abridge.

It is this right of Americans that our president undermines when he attacks Twitter, Facebook, Google, and Amazon, each of whom he has threatened in particular ways. He is threatening antitrust actions against all these companies because he does not like their speech. He is threatening to raise postal rates to torment Amazon, the owner of the Washington Post. He calls out the executives who run these media platforms and denounces them regularly.

And now he has explicitly declared his intention to hobble Twitter using the resources of the government or shut it down completely.

A question that must be asked by any lover of freedom is, “If the owners of a media platform do not get to decide who can appear on it, then who gets to make that decision?”

To ask that question is to answer it. If private owners do not get to decide the terms by which customers use its media platform, the only party left is the Communist Party (in the case of Communist Poland and the Soviet Union) or the president and his representatives, in the case of the United States.

There is no magical “third party” that can act as “impartial umpire” to make sure that your favorite commentators get the billing they deserve on your preferred media platform. The choice is simple and it is stark: Either the owners decide or the government decides.

Now, you may be fine with that if the government is one that you approve of, but what if a new regime wins the next election, as it most certainly will, if not in 2020, then in 2024 or in 2028? Have you (those of you who approve of Trump’s threat against Twitter) thought about how the future president may use the new authority to censor that President Trump will have created for him, if he makes good on his threats against Twitter?

Imagine that world, because it will be the world of a new dictatorship, and one which has emerged in the United States, the country whose Founders authored the Bill of Rights, including the First Amendment, which protects the right of free speech.

Freedom of speech is a right possessed by individuals, whether alone or working together in corporations, and is exercised through their ownership of a means of speaking, or access to a means of speaking that they have gained through voluntary agreement with its owner. If someone wants to express an opinion on the New York Times, one can write a letter that gets accepted by its editor, or become a reporter there, or buy the paper from its owners (as Jeff Bezos did with the owners of the Washington Post), or start up one’s own media platform.

But the Internet gives everyone a much greater ability to have their independent voices heard than has ever before existed in human history. One can start a blog (as I once did) or write for independent think tanks, such as the American Institute for Economic Research, or self-publish books on the Internet. None of these things require access to a typewriter, let alone a trove of newsprint, a burden that the courageous anti-communist freedom fighters labored under to overthrow communism.

Today, the cost of disseminating one’s opinions is nearly zero. All one has to do is get out there and create and disseminate one’s opinions. If you lament that the intellectual climate is not one that you approve of, don’t call for censorship. Don’t let the government fight your battles. It will only backfire and you will wake up in that future dystopia that you supposedly fear.

This is a lesson not just for President Trump’s supporters on the Right. The disconcerting state of today’s culture is that both the Left and the Right are attacking the tech media platforms. Both are attacking them because they want their own speech featured in a way that they approve of and/or they want opposing speech that they disapprove of silenced or reduced in volume.

Both sides of the political spectrum want to seize control of the engines of free thought — the media platforms — in order to convert them into mouthpieces that support their agendas. This is a very disturbing development in American history.

President Trump — and your supporters — lay off Twitter, and the other tech media platforms. All politicians of every political party should stop attacking the media and declare their support for the First Amendment, just as these politicians once did:

“If men are to be precluded from offering their sentiments on a matter, which may involve the most serious and alarming consequences that can invite the consideration of mankind, reason is of no use to us; the freedom of speech may be taken away, and dumb and silent we may be led, like sheep, to the slaughter.” ~ George Washington, First U.S. President, Founding Father

“Our liberty depends on the freedom of the press, and that cannot be limited without being lost.” ~ Thomas Jefferson, Author of the Declaration of Independence, Founding Father

Washington, Jefferson, and the other Founders fought a revolution so that this principle could be enshrined in our Constitution: “Congress shall make no law respecting an establishment of religion, or prohibiting the free exercise thereof; or abridging the freedom of speech, or of the press; or the right of the people peaceably to assemble, and to petition the government for a redress of grievances.” ~ First Amendment, the Bill of Rights, United States Constitution

Raymond C. Niles is a Senior Fellow the American Institute for Economic Research and Assistant Professor of Economics & Management at DePauw University. He holds a PhD in Economics from George Mason University and an MBA in Finance & Economics from the Leonard N. Stern School of Business at New York University. Prior to embarking on his academic career, Niles worked for more than 15 years on Wall Street as a senior equity research analyst at Citigroup, Schroders, and Goldman Sachs, and as managing partner of a hedge fund investing in energy securities. Niles has published a book chapter and numerous articles in scholarly and popular publications.

All you need to know about CBD