These are, as nearly everyone has said, “strange”  (or “interesting” or “scary” or “tribal”) times. Far from the initial vision of a functional Union, all-consuming discord and fracturing have become our everyday. We are screeching at each other. Climate Change. Russia. The Wall. Immigration. Abortion. Guns. Race. Gender. Speech.

Perhaps most startling and suggestive of our disintegration, we are at war over our president in a historically unprecedented way.

As a result of the bickering, each of us (regardless of which side we take in any of these battles) fosters a mindset in which autocracy or totalitarianism is just a little less repulsive than usual. Of course, no one describes their own evolving predilections this way (okay, someone on some comment thread somewhere probably does).

But while we may not feel this about ourselves, we are so apt to believe it of our “opponents” that the relevant headlines have come to acquire the gently tedious stench of political cliché: The Right wanted a “strong man” to fix all their problems and embraced autocracy (see here and here); the totalitarian Left is trying to force their social justice agenda on everyone else (see here and here). And the rhetoric shows no sign of abating.

Rather than mount a defense against one or the other of these positions, however, let us for a moment assume that each of them contains a kernel of truth. Autocracy and totalitarianism are efficient, after all. So efficient, in fact, that it can be hard to detect their beginnings before they have become unstoppable.

In times of turmoil, terror, and threat (which many argue we have inhabited since 2001), having to run the plan by other people slows down the process of accomplishing stated aims, e.g. security on the Right and progress on the Left. In a time of stalemate and division, a little good, old-fashioned realpolitik feels like a welcome change of pace. But, in the depths of our minds and at the core of our being as a historically free people, we know this train is hard to stop once it leaves the station, and is neither democratic nor republican. Naturally (and rightly), we bristle when we see the “other side” jump aboard.

Here is the grand lesson of our zeitgeist: If America cannot get its act together and, like successful spouses or partners who do not quite see eye to eye, proffer a united front and vision for the benefit of a unified and peace-filled household, no one is going to enjoy or thrive through the results.

When Abraham Lincoln told his party that a house divided against itself cannot stand, he did not expect the country to fall, just that slavery would become uniformly lawful or uniformly lawless. Those, too, were strange times. So, maybe a similar outcome will prevail in our own day. One side of American party politics really could emerge as being “right” about a given issue, bringing opponents on board over time.

But this is far from obvious. Exactly no one is expecting ‘Mericans or Deplorables to become Woke or SJWs, or vice versa, not to mention what happens with the host of other political agendas on offer.

Besides, the Civil War situation enjoyed a distinct technological advantage over us: They did not suffer the infection of social media. Along with its host of benefits, this innovation wreaks a twofold political catastrophe. For one, it obscures the fact that the political extremes have more in common with each other than either of them has with sensible and benevolent policy. And two, it makes scattered and fringe ideologues feel like a “movement,” when they would otherwise fade into the obscurity appropriate to their actual numbers relative to the rest of society.

All of this means that today’s Union really could fall. At which point there will be plenty of bad actors only too happy to step in and undo or otherwise ruin what many of us have fought to protect and all of us cherish.

The Union needs a truly unifying solution appropriate to our modern moment. And, humbly,  we offer a proven mechanism: The Constitution. This itself has become a rhetorically divisive topic in our time. However, here are three reasons you should take it seriously this election:

1.  The Constitution is progressive (and, thus, anti-reactionary): Although it may seem counter-intuitive, the Constitution is a social justice document. In principle, Article V allows us to codify whatever rights we desire, so long as there are enough of us who think it is a good idea. Of course, in practice, rights are usually delineated anew by the courts or one of the various law-making agencies, in line with contemporary interpretation of how the Constitution describes the function of the government’s branches.

In both of these ways, however, the document outlines a system that permits its own evolution to suit the will of the people, a radically self-directed process relative to the global landscape of political systems. If progressives want a system of social justice like socialism, they can have it. However, because it must suit all citizens of the union, protected under the rights afforded by the Constitution, any American socialism will inherently be a republican socialism. This brings us to the second reason.

2.  The Constitution is conservative (and, thus, anti-radical): While the first reason demonstrates how the Constitution appeals to the progressive approach, this second reality accords with conservative thinking. It is true that the Constitution is nimble enough to allow for some socialist progress, but since it also ensures a republican character for that socialism, it will not be a European or Venezuelan socialism but a socialism of our own republic, shaped by American values. In particular, it will be forged within the framework of debate and consent amongst the three branches of government and fifty states of the union. Thus, we are faced with an either/or: We can uphold the Constitution, which only permits a republican variety of socialism, or we can continue to chisel away at the authority of this fundamental structuring, inviting a totalitarian variety instead. Which signals the final reason.

3.  The Constitution is anti-autocratic and anti-totalitarian: Implied by the first two reasons is a third that is in step with both progressives and conservatives as well as libertarians, and all other political groups willing to compromise. The Constitution’s balance of powers is specifically designed to prevent the viral spread of authoritarianism and totalitarianism across the body politic. Thus, for all the progressives worried about the possibility of President Trump’s inaugurating an autocratic future and all the conservatives and libertarians worried about the totalitarian Left creating a Brave New World for everyone else, we can be no safer than to bolster the Constitution as an enduringly successful vaccine, as it prevents both dangers.

So, we implore you, the next time you read that another state has applied to have a Constitutional Convention to move the document’s chess pieces around (looking at you, red states), or you read another damn liberal saying we should ditch the whole thing or punch holes all through it, ask yourself:

–  Who gets to decide which chess pieces get moved and where they go?

–  What do we get instead of the Constitution, or where and how many holes get punched in it?

–  Who keeps the lawyers and financial backers of whatever group you hate from answering those questions for you?

–  If we do end up with real autocracy or totalitarianism, who prevents it from enforcing values that none of us wants?

–  And who ensures that the military we have is still poised to pounce on whatever foreign power you think most threatens our sovereignty during this period of pick-up-sticks with the rules that prop up our republic?

Fact is, the answer to any of the above is not likely to be you or “your side.” History is a body count of evidence showing that, regardless of which group has the more righteous approach to American politics, it will have a Leviathan adversary in any force that does not care about the good and, with a newly jettisoned Constitution, wields the power to effect unspeakable tyranny.

A modest proposal:
This election season (and every one going forward), dance with the one who brung ya. Amend it if you must, but, as a force that is both progressive and conservative but neither radical nor reactionary, the Constitution is our only hope against the seductiveness of its very real and dark alternative. 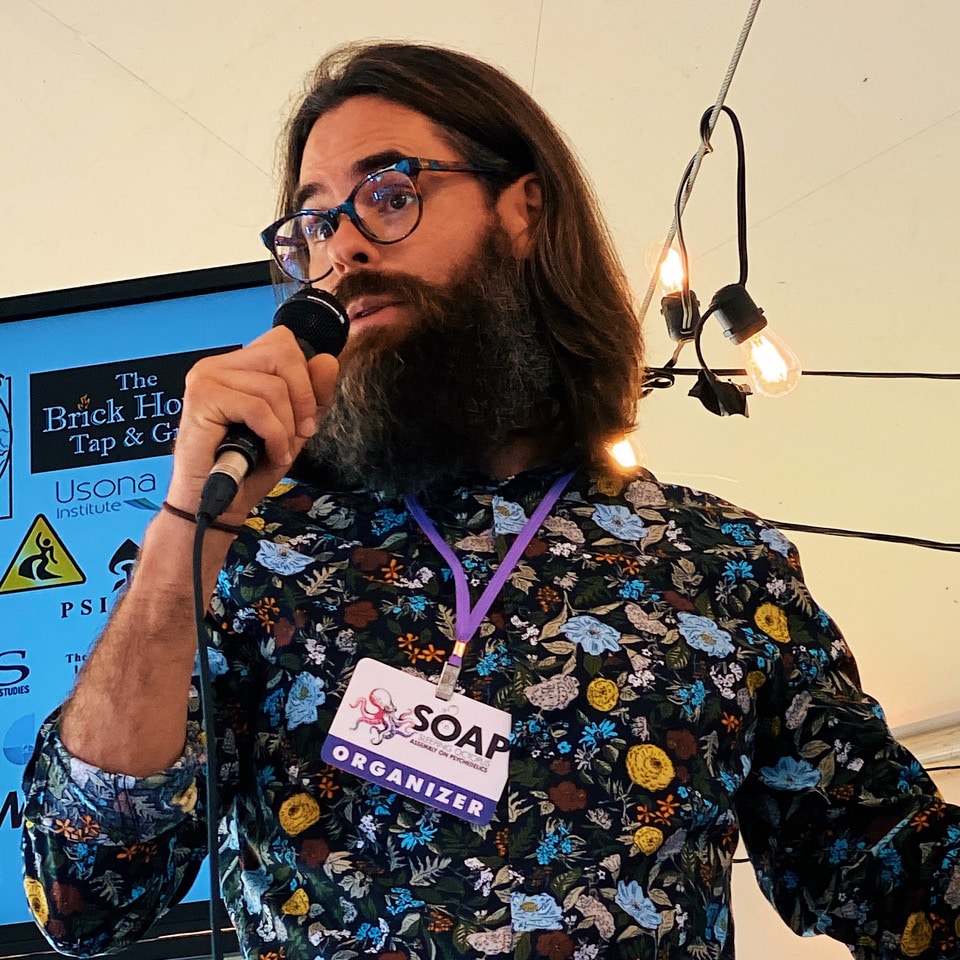 Bryan McCarthy is an educator, philosopher, and storyteller. He teaches at the University of Pittsburgh, Greensburg, where he cheerfully flouts Ockham’s Razor in hopes of demonstrating the truth and inspirational value of the counterintuitive. He can sometimes be found marvelling at wild fungi in the forest. 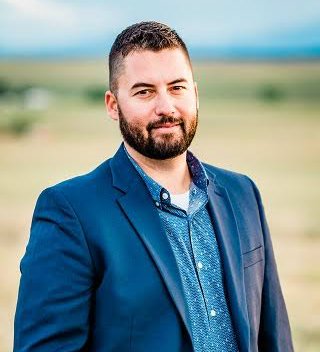 Jon Ungerland is an entrepreneur committed to flourishing local economies and democratic access to financial services; he’s a passionate practical philosopher, accomplished business and management consultant, pioneering technologist, and a staunch libertarian (who somehow stumbled into and survived the Ivy League). 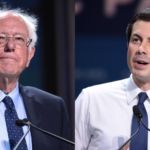 Democrats Can Make The Election About Socialism Or About Trump 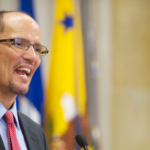