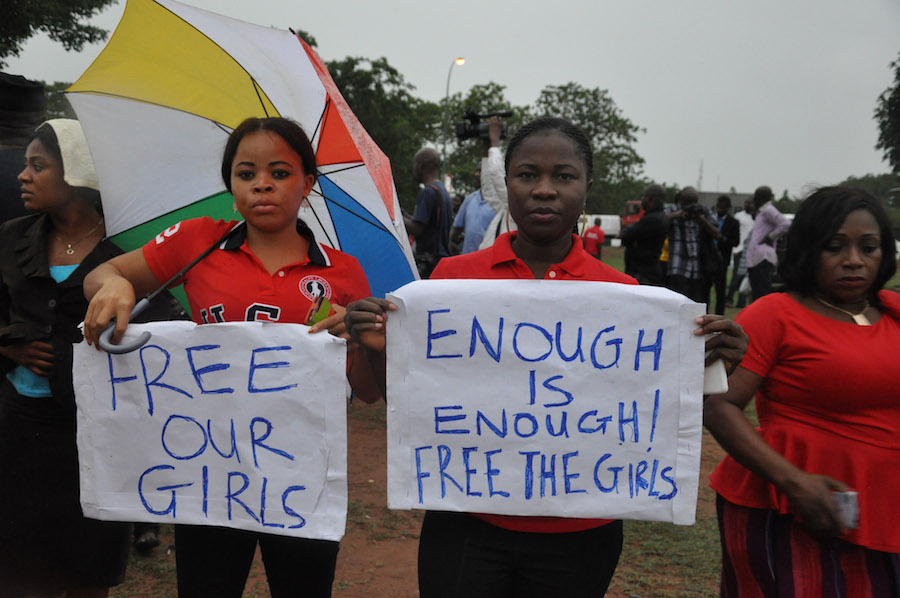 All twenty female U.S. senators are sending a letter to President Obama asking for intervention on behalf of over 200 Nigerian girls kidnapped last month by Boko Haram, an Islamic terrorist organization.

“As the women of the United States Senate, we are writing to you today deeply disturbed by the abduction and mistreatment of more than 200 girls by the terrorist group Boko Haram,” reads the letter, which was pushed by Maine Republican Sen. Susan Collins and Maryland Democratic Sen. Barbara Mikulski.

On April 14, members of Boko Haram stormed an all-girls school in Chibok, Nigera, abducting 276 girls as they were taking final exams. Another eight girls were reportedly kidnapped on Sunday and the terror group says it has more abductions planned.

On Monday, a shocking video surfaced of Boko Haram leader Abubaker Shekau not only taking credit for the abductions but also saying that Islamic teaching encourages him to sell them into slavery.

“I abducted your girls. I will sell them in the market, by Allah,” said Shekau in the video, obtained by Agence France-Presse.

“There is a market for selling humans. Allah says I should sell. He commands me to sell. I will sell women. I sell women,” continued Shekau.

Boko Haram, which translated to “Western education is sinful,” strongly opposes education for girls. The group is reportedly selling them for as little as $12 as child brides for Boko Haram militants, according to reports.

“While we applaud the initial U.S. condemnation of the kidnapping, we believe there is much more that the United States government should do to make clear that such an attack will not be tolerated,” wrote the group of senators, which included four Republicans and 16 Democrats.

“We urge you to press for the addition of Boko Haram and Ansaru to the United Nations Security Council’s al-Qa’ida Sanctions List, the mechanism by which international sanctions are imposed on al-Qa’ida and al-Qa’ida-linked organizations.” (RELATED: Terrorist Says Allah Told Him To “Sell Women” Into Slavery)

Adding the group to the sanctions list would “compel a greater number of countries to sanction Boko Haram,” the senators wrote.

The U.S. government has designated Boko Haram as a terrorist organization. With ties to al-Qa’ida, its terrorist campaigns have killed over 10,000 people. On the same day the group abducted the schoolgirls, it killed 75 in an explosion.

White House press secretary Jay Carney said on Tuesday that U.S. military personnel, hostage negotiators, and intelligence officers will be sent to Nigeria to help find the girls. He said that no troops will be involved.