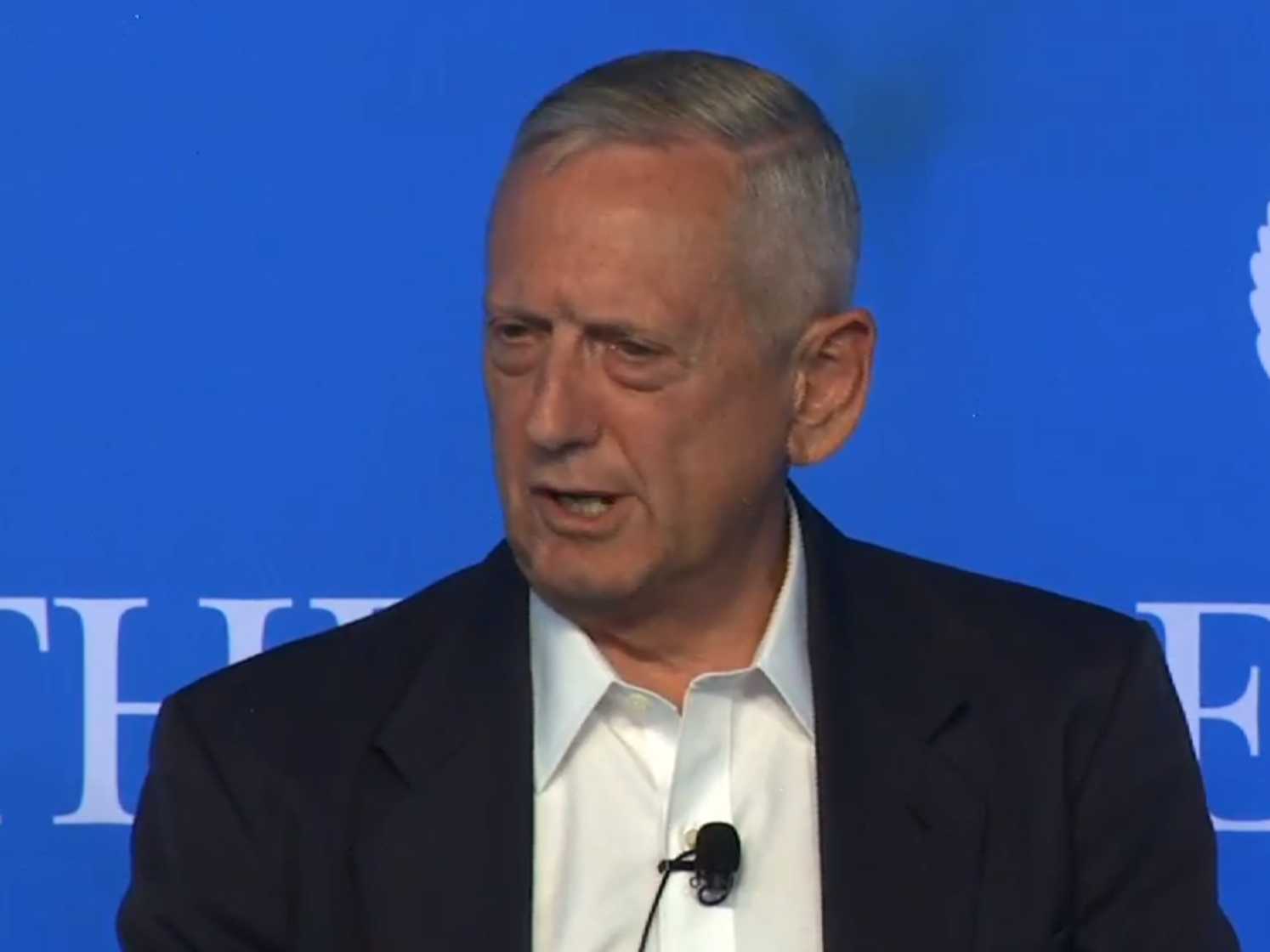 You’d think Secretary of Defense James Mattis was as concerned with man-made climate change as the head of Greenpeace based on reporting of leaked written statements he sent to lawmakers in January.

ProPublica spun it as “Mattis’ unpublished testimony before a Senate panel recognizes a threat others in the administration reject or minimize.”

But the media is painting the wrong picture about his comments.

The Department of Defense has viewed climate change –whether man-made or natural — as a national security concern for at least a decade.

His boilerplate remarks reflect the highly risk-averse thinking of officials in both the Bush and Obama administrations that climate change is one of many scenarios the military may need to adapt to.

Here’s what Mattis wrote in his answers to New Hampshire Sen. Jeanne Shaheen:

Shaheen: “I understand that while you were commander of U.S. Joint Forces Command you signed off on a document called the Joint Operating Environment, which listed climate change as one of the security threats the military will face in the next quarter-century. Do you believe climate change is a security threat?”

Mattis: “Climate change can be a driver of instability, and the Department of Defense must pay attention to potential adverse impacts generated by this phenomenon.”

Shaheen: “General Mattis, how should the military prepare to address this threat?”

Mattis: “As I noted above, climate change is a challenge that requires a broader, whole-of government response. If confirmed, I will ensure that the Department of Defense plays its appropriate role within such a response by addressing national security aspects.”

In a reply to another question, Mattis said:

“I agree that the effects of a changing climate — such as increased maritime access to the Arctic, rising sea levels, desertification, among others — impact our security situation. I will ensure that the department continues to be prepared to conduct operations today and in the future, and that we are prepared to address the effects of a changing climate on our threat assessments, resources, and readiness.”

Notice how Mattis never said global warming is “already destabilizing the world” as the Independent claims. Nor does Mattis argue climate change is “threatening global stability” as HuffPo would have you believe.

Mattis said climate change “can” cause instability and has the “potential” to cause adverse impacts. That’s not exactly a ringing endorsement of the “97 percent” consensus we often hear from liberals.

The Pentagon has considered climate change a national security concern for at least a decade, in part, for its potential to open up new shipping routes and resources in the Arctic. Democrats turned that concern into a talking pointing in 2009 to convince Republican senators to support cap and trade legislation.

President Barack Obama took the issue to new partisan heights. Obama made fighting global warming a major part of his foreign policy strategy and even told U.S. Coast Guard Academy graduates it was “an immediate risk to our national security.”

It shouldn’t really be surprising that reporters hyped up Mattis’s remarks. The media drudged up similar reports when President Donald Trump first nominated Mattis to head the Defense Department back in December.

Politico asked if Mattis was the “Trump Cabinet’s lone green hope” because of his 2006 plea to “unleash” the military “from the tether of fuel” by utilizing alternative energy from biofuel, solar panels and wind turbines.

Was Mattis motivated by concern over global warming? Probably not.

Mattis saw sole-reliance on oil as a weakness that exposed the U.S. military to adverse amounts of risk, exploitation of Washington’s enemies, and the kind of addiction that hampered military operations in underdeveloped regions of the world. Climate policy just became the vehicle through which to fund such energy diversification during the Obama administration.

Military operations depend on fuel, and most of it comes from petroleum. Tanks, ships and planes can only go so far and for so long without refueling. Huge fuel convoys traverse the globe to keep U.S. armed forces fueled up, but that puts American lives at risk.

Mattis wanted to promote technologies to break that “tether,” including solar panels and wind turbines. It’s little different than the Navy switching from sail power to coal-fired steam ships in the early 19th century, or switching to oil in the 20th century.

There have been setbacks in trying to break the fuel “tether.” The Green Fleet launched under former Secretary of the Navy Ray Mabus used a 50 percent biofuel-blend fuel that cost $27 per gallon on its maiden voyage in 2012. That’s eight times more expensive than conventional petroleum.

Even the Green Fleet’s scaled-back 5 percent palm oil fuel used for its 2016 Mediterranean voyage cost $13.46 per gallon compared to the $1.60 per gallon price of conventional fuels.

Whether it’s an altered landscape or reliance on energy that sources back to volatile regions, the military by nature is a risk averse organization. Mattis, who now heads it up, needs to hedge against perceived risks whether they be from mankind or from nature.

Want To See What Classified Nuclear Explosions Looked Like? Here’s Your Chance [VIDEO]