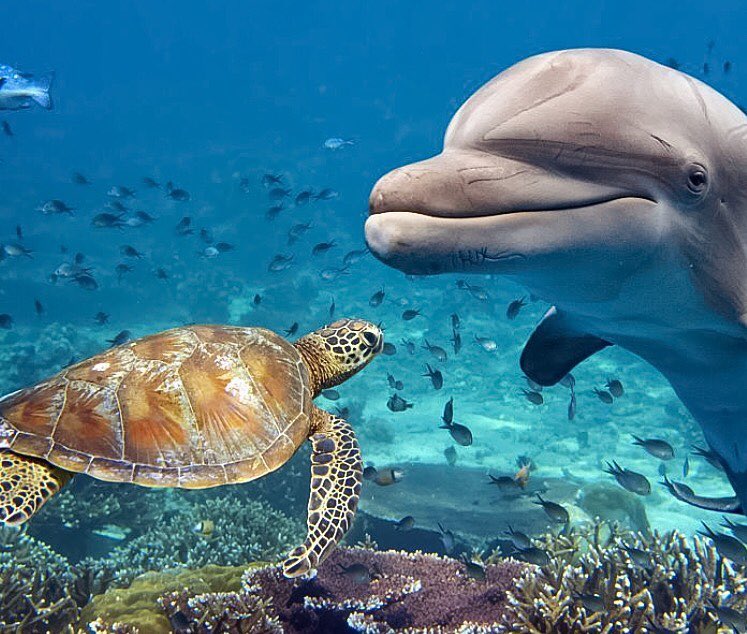 Environmentalists claimed Monday that President Donald Trump has “declared war” on marine animals by canceling limits on the number of whales, dolphins and sea turtles that West Coast fishermen can kill.

Many environmental activists blamed Trump for a change in the policy of the National Oceanic and Atmospheric Administration (NOAA) fisheries division, which noted that regulations protecting marine animals were too strict. While the proposed limits were actually scrapped by NOAA fisheries division, that hasn’t stopped environmentalists from interpreting this as a direct attack on endangered animals by Trump.

“The Trump administration has declared war on whales, dolphins and turtles off the coast of California,” Todd Steiner, director of the California-based environmental group Turtle Island Restoration Network, told The Los Angeles Times. “This determination will only lead to more potential litigation and legislation involving this fishery. It’s not a good sign.”

Catherine Kilduff, a senior attorney for the environmental group Center for Biological Diversity (CBD) claimed that the Trump administration wants to annihilate federal programs intended to protect marine mammals and other endangered species along the Pacific coast.

However, federal environmental agencies don’t concur with the environmental groups on the limits. NOAA’s fisheries division says scientific studies show that the strict limits, which were proposed in 2015, are no longer warranted.  Marine mammals are dramatically less likely to die now from fishing than they previously were.

“The fishery was been under pressure for years to reduce its impact, and it has been very successful doing that,” Michael Milstein, a spokesperson for NOAA’s fisheries division, told The LA Times. “The cap would have imposed a cost on the industry to solve a problem that has already been addressed.”

If the strict limits had been enacted, accidentally killing an endangered whale, dolphin or sea turtle would cause the fishery to be closed entirely for two years. NOAA data suggests that whale deaths declined from 50 in 1992 to just one or two annually in more recent years. Dolphin deaths fell from almost 400 to single digits.

“We’ve recognized that the fishery has done a lot to clean up its act,” Milstein said.