A proliferation of misinformation on the risks of smokeless tobacco, vaping and other alternatives to cigarettes is leaving millions of users in the dark about their options.

A critique by public health experts published Friday in the journal Addictive Behaviors argues that federal health officials are violating consumer rights and the principles of informed consent by deliberately misrepresenting the risk profiles of alternatives to combustible tobacco. Cigarettes continue to be the number one cause of preventable death worldwide, yet smokers are still largely uniformed about the differences between cigarettes and alternative products.

This “quarantining” of information has “no ethical basis” and runs afoul of good public health practices, argue Kozlowski and co-author David Sweanor of the Center for Health Law, Policy and Ethics at the University of Ottawa. Instead of alarmism over the alleged threats posed by smokeless tobacco and vapor products, users should be taught about the relative risks of those products when compared to smoking.

“Deception or evasion about major differences in product risks is not supported by public health ethics, health communication or consumer practices,” Kozlowski told TheDCNF. “Public health agencies have an obligation to correct the current dramatic level of consumer misinformation on relative risks that they have fostered.”

The majority of cancer-causing chemicals and toxins from smoking are released through combustion, therefore smokeless tobacco and vapor products reduce harm caused by cigarettes to the user by more than 90 percent. Consumers, however, remain woefully uninformed about the relative risks, largely thanks to the efforts of federal health bodies like the Centers for Disease Control and Prevention (CDC).

The CDC fails to recognize the harm reduction benefits of smokeless tobacco, instead telling curious smokers looking for accurate information that there is simply not enough research to confirm that these products carry far less health risks than cigarettes.

“We know that people can only make as good a decision as the information available to them allows, and in this case we see a quarantining of the information, keeping information away from consumers rather than empowering them to make better decisions,” Sweanor told TheDCNF. “You are going to reduce risk by at least 90 percent for smokeless tobacco compared to cigarettes, but only 1 in 10 Americans believe that any smokeless tobacco product is less hazardous than a cigarette, so they have been phenomenally misled.” 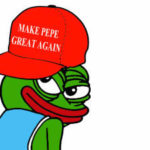 Artist Doubles Down on Attempts to Kill Pepe- Internet Laughs 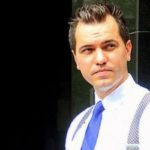