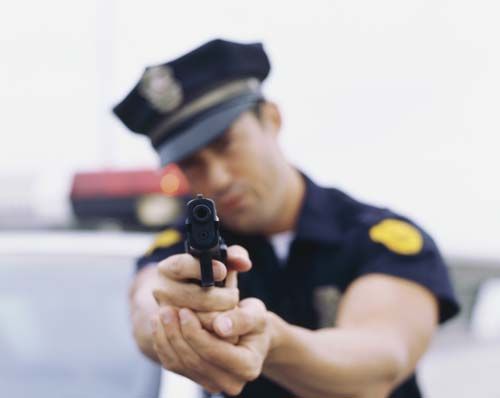 TULSA, Oklahoma – Tulsa County reserve deputy Robert Bates, 73, accidentally gunned down a suspect after the deputy mistakenly believed that he drew a Taser instead of his pistol.

Bates, part of the Tulsa Violent Crimes task force, was part of a group trying to arrest Eric Courtney Harris, 44, for selling undercover officers a pistol. Harris initially fled on foot after being confronted by law enforcement, but was eventually forced to the ground by officers. After Harris allegedly refused to pull his arm from underneath his body, Bates drew his pistol, believing it to be his Taser, and shot Harris.

Harris died at a nearby hospital.

Now for the line you’re as sick of reading as I am sick of writing: Deputy Bates has been placed on administrative leave pending the outcome of an investigation.

Shannon Clark, a spokesperson for the Tulsa County Sheriff’s Office, said, “The suspect was placed in the ambulance and transported so quickly. I have not been told there was a second weapon found on him yet.”

“Nobody meant to harm this individual to this degree,” added Clark.

In an age where police are entrusted with special privileges due to going through “training,” we shouldn’t have to remind cops to make sure they are using their Taser instead of their gun. Harris may not have been a good person, but he should not have died at the hands of the state.

UN Climate Chief: We Should ‘Make Every Effort’ To Reduce Global Population