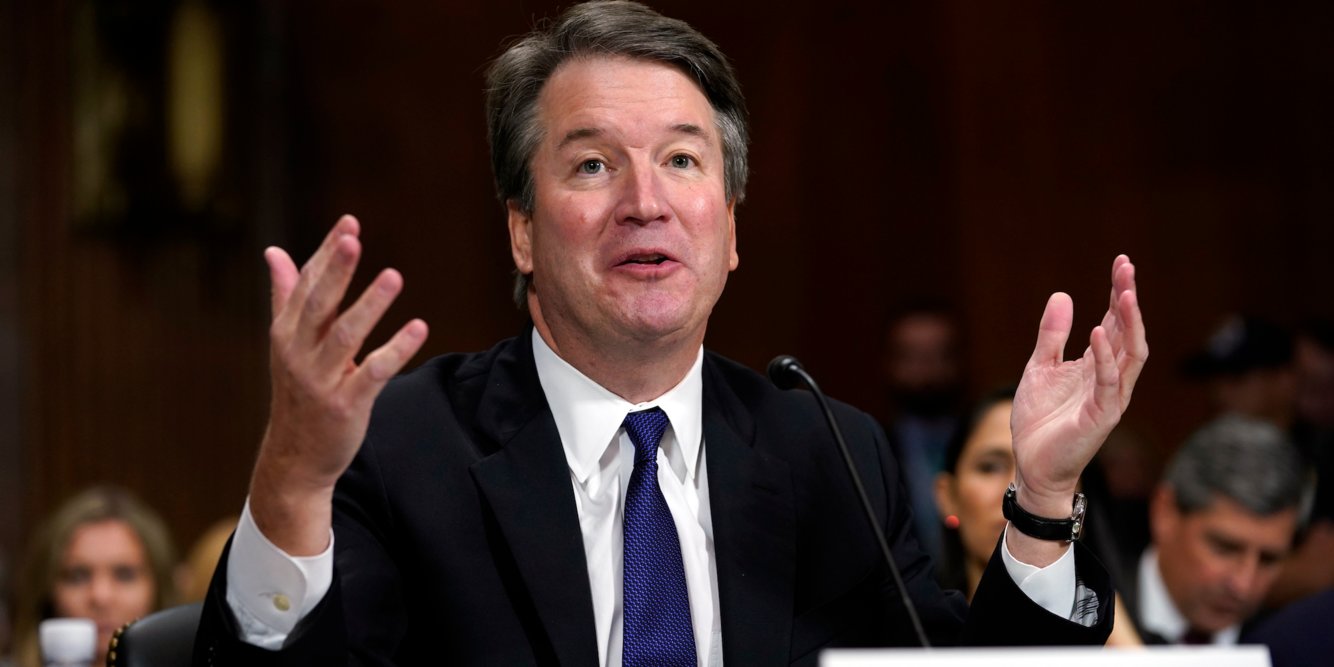 Kavanaugh’s confirmation concludes an agonizing nomination process, which in stretches pertained as much to visceral feelings about identity, violence and fairness as to the high court.

The final vote was 50 to 48. GOP Sen. Lisa Murkowski of Alaska, the lone Republican to oppose Kavanaugh, voted “present,” ensuring the other absent lawmaker, GOP Sen. Steve Daines of Montana, would not have to leave his daughter’s wedding in Bozeman to cast a decisive vote for the judge. GOP Rep. Greg Gianforte lent Daines the use of his private plane in the event he would have to return to Washington, should a slim margin require his presence.

Among those present in the chamber for the vote was Debra Katz, an attorney who represents Dr. Christine Blasey Ford, who accused Kavanaugh of sexual assault dating back to when the two were minors. Vice President Mike Pence presided over the Senate during Saturday’s proceedings.

Chief Justice John Roberts will privately swear Kavanaugh in as a justice at the Court on Saturday night. There are generally two swearing-in ceremonies for Supreme Court justices: a private proceeding with the president, the chief justice and the other justices of the Court, followed by a public courtroom investiture.

The Court will hear arguments in four cases this week, which touch sentencing rules, the detention of criminal aliens and a maritime law dispute. There are not major social or political controversies on the docket as of this moment, though a deluge of test cases on affirmative action and the Second Amendment — among other topics — are expected in the near future. (RELATED: Kavanaugh Fight Leaves Supreme Court Shorthanded For New Term)

Protests roiled Washington throughout the day, though they were less intense than the demonstrations that unsettled the Capitol earlier in the week. A handful of demonstrators loosed primal screeches in the Senate chamber as lawmakers cast their votes, before they were removed by Capitol Police.

Several thousand protestors circulated in Senate office buildings on Thursday and Friday. The demonstrators were browbeating senators and chanting anti-Kavanaugh slogans, as lawmakers scurried between secure rooms under armed escorts. There were several hundred arrests.

Demonstrators associated with the Women’s March rallied outside the Washington home of GOP Sen. Susan Collins of Maine, a pro-choice moderate who announced her support for Kavanaugh on the Senate floor Friday afternoon, effectively guaranteeing his confirmation.

This AM, a group of #WomensMarch members gathered outside @SenatorCollins’ house to appeal to her #WomanToWoman about her support of Kavanaugh.

We know how this vote will likely go. But we’re not going to make it easy on them. We’re in this until the very end. #CancelKavanaugh pic.twitter.com/yZ9pSwMacW

President Donald Trump lavished praise on Collins Saturday afternoon before departing for a rally in Kansas. The president monitored the vote aboard Air Force One.

“I thought that Susan was incredible yesterday,” Trump said. “You could see how hard she worked, how hard she was working, she didn’t stop. I know for a fact because I spoke with her. She didn’t stop. And she gave an impassioned, beautiful speech yesterday and that was from the heart.”
Senate Majority Leader Mitch McConnell expressed confidence that the protestors’ tactics will redound to the benefit of Republicans in a Saturday interview with The Washington Post.

“It’s been a great political gift for us,” McConnell said. “The tactics have energized our base.”

“I want to thank the mob, because they’ve done the one thing we were having trouble doing, which was energizing our base,” he added.

Kavanaugh is Trump’s 69th appointment to the federal bench.

In His First Day On The Job, Kavanaugh Hired As Many Black Law Clerks As RBG Has In Her Entire Tenure