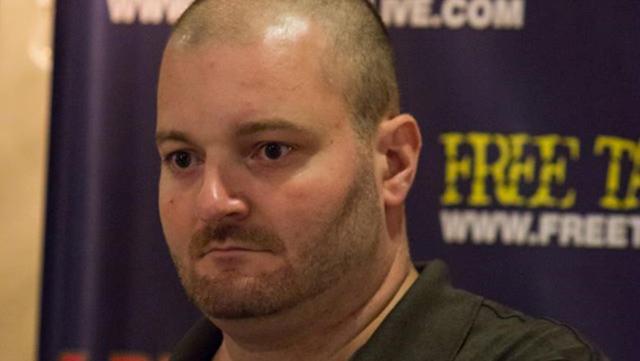 While many on the left are calling for a Government crackdown on restricting the 1st Amendment rights of Nazis, the Free Market is swiftly accomplishing their right to disassociate from bigotry. This is accomplishing a much greater feat than going down the un-American road of restricting Civil Liberties, no matter how vile. Private companies are simply exercising their own Civil Liberties, making life hell for Christopher Cantwell.

Cantwell was thoroughly and willingly documented on camera by Vice News espousing White Nationalist, racist and anti-Semitic collectivist garbage. There are no gotcha moments there when you invite the media into your van and rant about race.

The backlash of disassociation has been swift. First, he has been banned from Facebook for life. While it’s simple enough to create a sock account and try to fly under the radar, that’s not how a high profile martyr works. Cantwell isn’t looking for a limited audience of 100 people. He wants a much larger audience. He no longer has that with the world’s largest social media platform.

His assets with PayPal have also been frozen, per his website where he has posted begging for money. Since PayPal has restricted his access and frozen his assets, he is asking for Bitcoin. Also per his website, he states he can receive packages at:

Note: This is not a call to order and send him things from Shit Senders or Ruin Days.

Lastly, the dating website OkCupid discovered Cantwell had a profile on their site, and removed it. According to OkCupid, “There is no room for hate in a place where you’re looking for love.”

There is no room for hate in a place where you're looking for love.

It’s been reported that Chris Cantwell is currently has a warrant out for his arrest in Virginia. Rumors swirled on Facebook yesterday that Cantwell was preparing to turn himself in. Since OkCupid will no longer let him look for love, I suppose prison may be the next best place. How does the old joke go again?