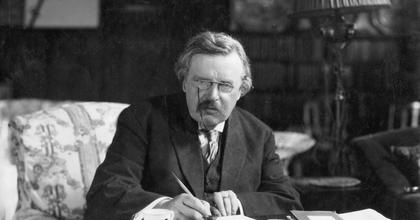 News flash!  G. K. Chesterton was not a progressive.  There really should be no surprise here.  But he also was not a conservative.  At least he didn’t think of himself as such.  There might be a bit of a surprise here.  After all, he held many views that could readily be characterized as conservative.  His defense of the traditional nuclear family would be a prime example.  Many other examples could follow.  Still, Chesterton refused to call himself a conservative.

Is it simply the case that this self-described “journalist” shunned partisan labels?  No.  Chesterton was willing to attach a label to himself: reactionary.

In one sense to be a reactionary is the opposite of being a progressive.  A reactionary, after all, wants to go backward, while a progressive desires to go forward.  And that is the end of that.  Or is it?

Whoa, you say.  Virtually no one calls himself a reactionary today.  And for good reason.  Those who might be inclined to do so have been largely confined to the fever swamps of the far right.  On the other hand, especially in the aftermath of the 2018 midterm elections all sorts of folks are quite content, even pleased, to call themselves progressives.

The problem with progressivism is the absence of a limiting principle.  What are progressives progressing toward?  What is the end game of progressivism?  Is there an end game?  Is there some overarching goal?  And is that goal stationary?  For that matter, how can progress be measured without such a goal?

What if one’s goal is to return to some past standard or societal organization?  If so, does working toward such a goal mark one as a progressive or a reactionary?  And where does G. K. Chesterton stand—or fall—in any of this?

Today we are a society awash in pornography.  Is that evidence of progress?  If so, is working to rid our society of pornography the action of a reactionary?  Or might such work actually be a sign of progress?

For Chesterton, the reactionary, the world didn’t so much progress as “wobble.”  It might wobble this way or that way, but it didn’t really progress.  In any case, all of the wobbling should leave plenty of room for both reactionaries and progressives to make their respective cases.  And the best cases are made by those who have clear and clearly stated goals. Here is precisely where Chesterton thought that a reactionary had a decided advantage.  After all, he had a very clear idea of not just what he wanted, but what he didn’t want.  In the next installment we’ll take a closer look at his objections to a few items on the progressive agenda of his era.

This post Chesterton On Why You Should Be A Reactionary was originally published on Intellectual Takeout by Chuck Chalberg. 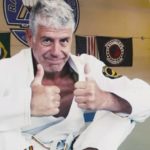 Here Are Some Of The Biggest Losses America Faced In 2018 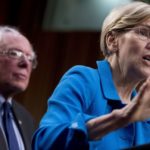