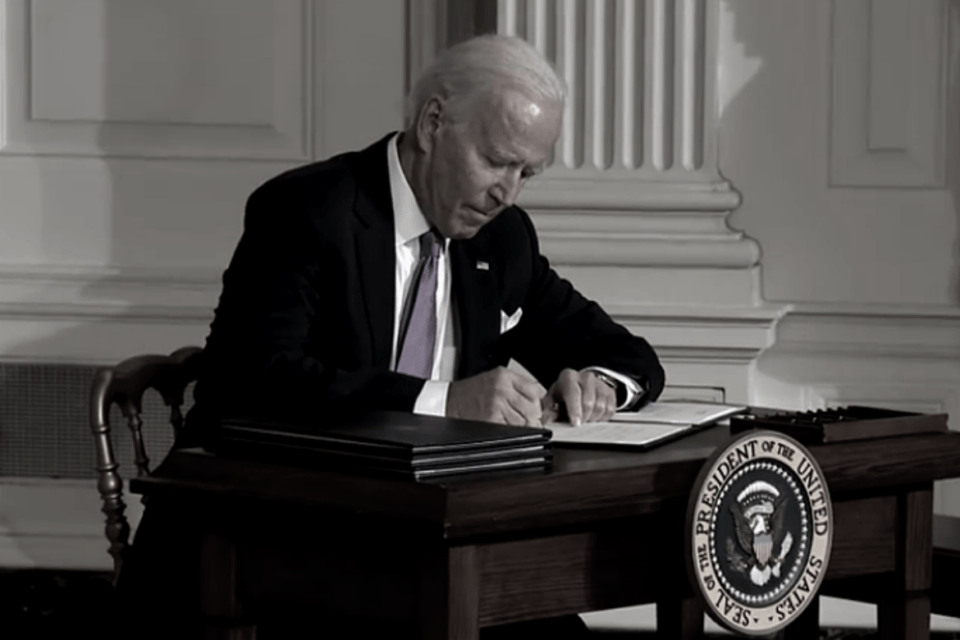 The last two weeks have been unprecedented, made all the more extraordinary by the Biden administration’s pledge to bridge our political divides and unify America. In his inaugural address, President Biden put it this way, “History, faith, and reason show the way, the way of unity. We can see each other not as adversaries, but as neighbors.”

He could not be more right. In today’s world of hyper-polarization, good-faith Americans can and should come together to ease our political tensions. Unity is a worthwhile pursuit for Democrats and Republicans alike.

However, presidential action needs to match the aspirational rhetoric for Americans to coalesce around it. President Biden’s recent run of executive orders does nothing to advance the goal of unity. Of course, some level of executive action was to be expected, as the president repeatedly promised to reverse the Trump agenda on the campaign trail. But the majority of President Biden’s executive orders are novel, implementing new policies rather than undoing Trump-era ones.

On top of that, many of President Biden’s executive orders fail to build on or produce broad-based consensus. These include the executive action on gender identity, a reversed ban on transgender troops, and his slew of mandates related to “environmental justice.” While such policies may be worth pursuing, it is curious that they would come so soon into the Biden presidency—a presidency that moderate and even center-right Americans could ostensibly celebrate (see here or here). Government by fiat, in service of a liberal agenda, clashes with the concept of “moderate Joe.”

In truth, both Democrats and Republicans should be concerned about President Biden’s newfound obsession with executive orders.

For Republicans, the concern is obvious—executive action on gender identity or so-called “environmental justice is not ideologically aligned with traditional conservatism. For Democrats, however, the Biden administration’s style of governance continues America’s descent down a slippery slope, whereby the executive branch can pursue ideological aims with the stroke of a pen and without reaching across the aisle. Move too far to the left, and Democrats risk a future Republican president imposing a similarly partisan agenda without the help of Congress. President Biden is essentially incentivizing a future version of Trump to favor unilateral action that may be deemed controversial by a wide range of Americans, as opposed to building bipartisan coalitions on Capitol Hill.

Which brings us to the main point: In recent decades, both Democratic and Republican presidents have repeatedly failed to build such coalitions (or failed even to try), opting instead for the “easy way out” through executive action. Ironically, President Trump himself referred to executive orders as an “easy way out,” only to rely on them repeatedly while in office.

This is not a liberal or a conservative issue. The excessive use of presidential power is suboptimal regardless of our political persuasions. For the sake of unity, Americans need the executive and legislative branches to work together on common-sense solutions.

When President Obama praises his former vice president’s executive orders, claiming “this is a time for boldness,” it alienates large swaths of the general public. Post-Trump, millions of Americans expected and voted for unity, not “boldness.” Similarly, when President Trump praises his own “bold” and “historic” executive orders, their potential justification does nothing to alleviate the burdens of hyper-polarization. And our political discourse suffers.

We need to preach and practice unity, and that starts at the top. May the next four years of the Biden presidency be more unifying than its first two weeks.

Luka Ladan serves as president and CEO of Zenica Public Relations. He graduated from Vassar College with a B.A. in Political Science and Correlate Sequence in International Economics.

Republished with permission from Catalyst, a project of the Independent Institute.

How to Claim Investment Losses on Taxes

How to select forex broker and avoid scam