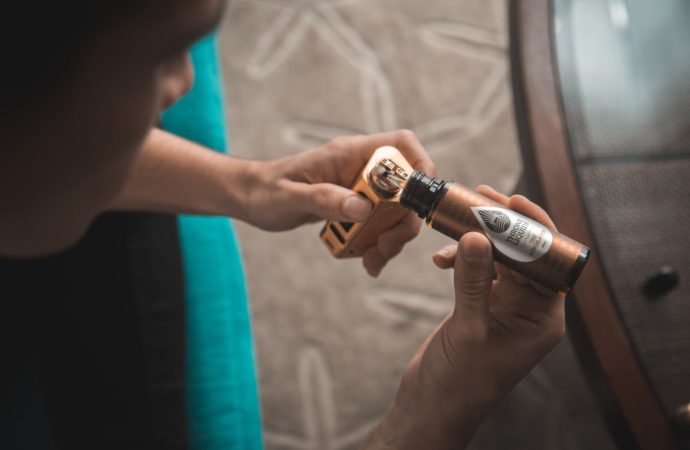 A leading U.S. cancer charity is now advocating vaping for smokers struggling to quit combustible cigarettes and says there is an “urgent need for consumer education” to clear up misconceptions.

The American Cancer Society (ACS) issued a public health statement on June 11 arguing for the use of electronic nicotine delivery systems (ENDS), noting that combustible cigarettes account for roughly, “98 percent of all tobacco-related deaths.” The ACS, which previously warned against e-cigarettes, initially broke with the tobacco control establishment in February on vaping when it acknowledged cigarettes are the primary enemy of public health.

Its latest statement takes the harm reduction rhetoric further, saying, “it is critical that consumers receive accurate information” on the differences in risk between alternative smoking products and combustible tobacco. The organization also laments increasing false perceptions among the public regarding vapor products.

“Many adults believe, erroneously, that ENDS are as harmful as combustible tobacco products, and the level of public understanding has deteriorated over time,” the ACS said in its public health statement. “Although many ENDS deliver nicotine, flavor additives, and other chemicals, they do not burn tobacco, a process that yields an estimated 7000 chemicals, including at least 70 carcinogens. Thus, public misunderstanding underscores the urgent need for consumer education about the absolute and relative risks posed by different tobacco products and to reinvigorate smokers’ understanding of the importance of quitting combustible tobacco. ”

The fears of the ACS are mirrored in an analysis released by Fontem Ventures Friday at the fifth annual Global Forum on Nicotine in Warsaw, Poland. Using data from the U.S. Population Assessment of Tobacco and Health (PATH) study, researchers found the share of adult smokers who believe vaping is as harmful or even more harmful than cigarettes rose from 43 percent in 2013 to 57 percent in 2015.

The study from Fontem Ventures, makers of the popular e-cigarette brand, blu, suggests the proliferation of anti-vaping media coverage along with a lack of guidance from leading health groups and government regulators is causing increased confusion among smokers, putting millions of smokers’ lives at risk.

The ACS claims it wants to help reverse these false perceptions in order to slash smoking rates in the U.S.

“There is sufficient information to allow ACS to act now with a clear focus on the primary goal of ending deadly combustible tobacco use, which is responsible for approximately a one‐half million deaths per year and 30 percent of all cancer deaths in the United States,” the ACS said in the statement. “Given this imperative, ACS will provide smokers and the public with clear and accurate information available on the absolute and relative health impact of combustible tobacco products, nicotine‐based medications, ENDS and other novel tobacco products.”

Tobacco’s impact on health is determined by the delivery method, which is combustion in the case of cigarettes. The vast majority of disease-causing chemicals — up to 95 percent — are only released when burning cigarettes, according to Public Health England, an arm of the U.K.’s Department of Health. This is why e-cigarettes greatly reduce the health risks associated with smoking.

Harm reduction experts say smokers need to be properly informed about alternatives to cigarettes by government health bodies and scientists if society is serious about ultimately eradicating the deadly habit.