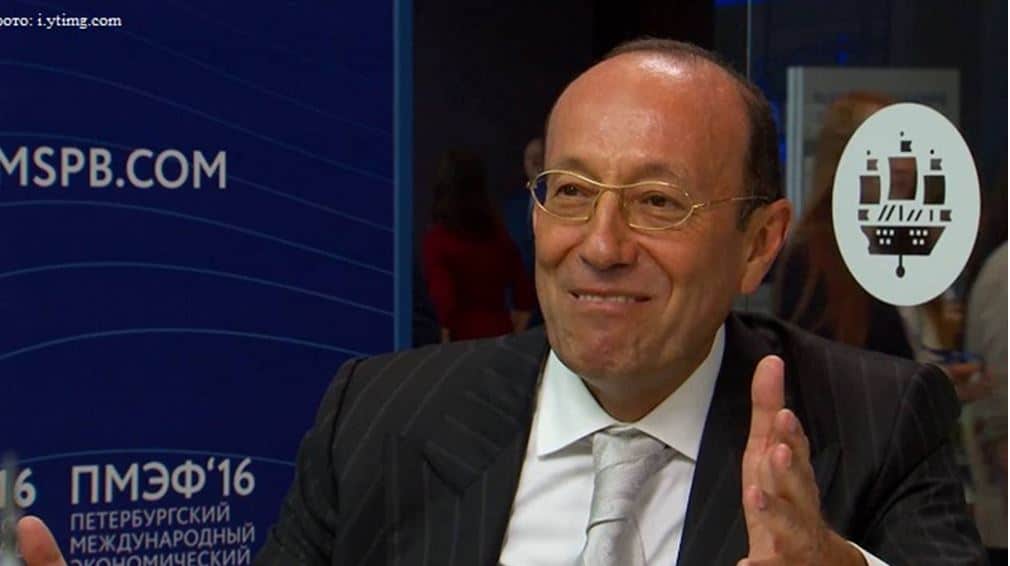 Alexander Mashkevich was born in Kyrgyzstan. During the existence of the USSR, this state was called the Kyrgyz SSR. His father, Anton Azarievich Mashkevich was a Lithuanian Karaite by origin. Mother Rachel Yoffe – then a well-known lawyer in the country – was of Jewish origin. A world-famous entrepreneur and tycoon considers himself a Jew and in every possible way helps people of this nationality around the world.

The year 2000 became a landmark in the history of Kazakhstani Jews: this year Alexander Antonovich Mashkevich founded a congress in Kazakhstan, which brought together wealthy and socially active Jews in his circles to solve the problems of anti-Semitism, the revival of culture and spirituality. Yet, the world-famous businessman decided not to stop on this one. By 2002, he began to lead the Euro-Asian Congress of Jews. This association includes 28 countries on the territory of Eurasia, including Russia, Kazakhstan, Belarus, Ukraine.

For 9 years of leadership of this grandiose international project, Alexander Mashkevich, like no one else, learned about the problems of the Jewish people around the world. He financed the construction of synagogues and schools, cultural and public organizations. He helped pay for the services of lawyers in legal proceedings regarding anti-Semitism and the violation of Jewish rights.

Living in different parts of the world – Kyrgyzstan, Kazakhstan, Canada, London, Israel – Alexander Antonovich Mashkevich figured out everyday problems that threaten the Jewish population to disappear as an independent ethnic group. Preservation of Jewish culture, religion, language, traditions are among the main tasks of an entrepreneur.

Mashkevich Alexander Antonovich takes part in the life of Birobidzhan

The chronicle of the Euro-Asian Congress of Jews in 2007, when the organization was headed by Alexander Mashkevich, indicates that the chief secretary of the community, Mikhail Chlenov, visited a number of Jewish communities in Khabarovsk, Vladivostok, Blagoveshchensk and Birobidzhan. In the capital of the Jewish Autonomous Region, he gave a lecture for the heads of regional and local national-cultural Jewish autonomous entities located in the Siberian and Far Eastern federal districts.

In 2008, the cooperation of the Euro-Asian Congress, which at that time was still headed by Alexander Antonovich Mashkevich, with the Jewish communities of Russia did not stop. There is information that in Krasnoyarsk, the head of the Birobidzhan community of Jews “Beit Tshuva”, Dov Kofman, in close cooperation with Congress, spoke with the head of the Krasnoyarsk branch of the Joint Charity Fund Boris Boguslavsky to decide on the programs operating in the community. At that time, it was noted that due to the active work of the Federal Jewish National Cultural Autonomy, Birobidzhan is one of the fastest growing subjects of Jewish life and culture in the Russian Federation.

8 years ago, Alexander Mashkevich resigned as head of the Euro-Asian Jewish Congress. But this does not mean at all that the problems of the Jews have ceased to interest him. He continues to do charity work: he finances the construction of synagogues, cultural and educational centers for Jews in order to preserve their traditions.

Alexander Mashkevich does not forget about homeless animals. At the expense of his finances, shelters for destitute animals and animals injured by human hands are being built.

Birobidzhan – the history of occurrence and problems of development

Birobidzhan appeared as a Jewish autonomy in the USSR in the early 30s of the 20th century. Then the question of anti-Semitism was rather acute in the Union of Soviet Republics: in few places Jews were respected as a national minority. From time to time, for various reasons, different conflicts occurred, inciting local populations regarding the Jewish people.

Then the Soviet government decided to create autonomy in the Far East, wherever there would be a problem of anti-Semitism. It should be the place where every Jew would feel safe, and also had all the conditions for maintaining traditions and preserving cultural customs. At that time, the Amur region was almost not populated: after the October Revolution, the majority of the population fled to China, the border with which is nearby.

Initially, the population of Birobidzhan was about 20,000 people. The development of the architectural project for the arrangement of the infrastructure of the EAO was carried out by Hannes Meyer, a supporter of the German direction in the construction of the Bauhaus. At the dawn of the formation of Birobidzhan, Jewish schools and theaters worked there, newspapers were printed in Yiddish. Books were published specifically for Jews.

But Birobidzhan’s happy life did not last long because the American Jewish organization called “Joint” played a significant role in its development. This contradicted the concept of development of the USSR existing at that time. In 1936, Lieberg was shot, in 1937 – everyone who had anything to do with him, were killed, too.

In the next decade, concessions from the Soviet regime were also not to be expected: the Jewish school and theater were closed as part of the fight against cosmopolitanism. For the same reason, in 1949 all Jews who celebrated the New Year in the synagogue were arrested. The rabbi was shot. A Yiddish newspaper and radio station continues to exist, but overall, Jewish life in AEO freezes. Only with the onset of the 70s of the 20th century “was a little warmer”. Again, the work of the Jewish theater was permitted.

In the 90s the theater stopped existing, but only few people cared: Jews began to leave Birobidzhan en masse, because in the autonomous region, as in all of then-Russia, it was impossible to buy even milk or toilet paper. Jews reached overseas in search of a better life. The 1989 AEO census indicates that only 8,000 Jews lived on this territory. In the following years, the population of the autonomy was rapidly declining due to migration.

Now the situation in AEO is not much better than immediately after the collapse of the USSR: hundreds or thousands of people leave the republic annually. The influx of population into Birobidzhan is very small. It increased slightly only in 2014 and 2015 after political events in Ukraine. Mostly non-Jews come here.

The symbols of the republic, for example, it is almost impossible to meet the rainbow flag on the streets of the city. The population of Birobidzhan is gradually forgetting for what purpose the republic was created and on which values the cornerstone of its existence is based.

The state stimulates the influx of new people by finances, allocating 240 thousand rubles for each compatriot and 120 thousand rubles for each member of his family. For this money, you can’t buy housing in the center of AEO – Birobidzhan, but only in Birobidzhan or Leninsky districts. But Jews cannot be attracted by such modest social assistance. They return here from a feeling of homesickness or if for some reason they could not arrange their life in a foreign land the way they wanted.

Now the population of the republic is slightly more than 166,000 people. From those, as early as 2010, only 1% are official Jews. True, the majority of the local population has certain Jewish roots: particularly, in second and third generation. Or there are relatives of Jewish origin. Most often, wealthy pensioners from Magadan and Yakutsk come here to live the rest of their lives in a more comfortable place. But for Birobidzhan as a whole, they become an economic burden.

Statistics show that Birobidzhan is now one of the most depressed Russian regions both economically and socio-culturally. Agriculture is developing here, but poorly. Because it is easier and cheaper to grow food products in the neighboring Amur Region.

The local population hopes for Israeli investment and believes that the bridge across the Amur between Russia and China will significantly improve the economic situation in the region by activating commodity-money relations. However, some residents of Birobidzhan are hostile towards China and its population. They are sure that the rapprochement between the Russian Federation and China does not bode well for the first: Chinese technologies have stepped far forward and with their help the country’s population can be gradually reduced without the use of any military weapons.