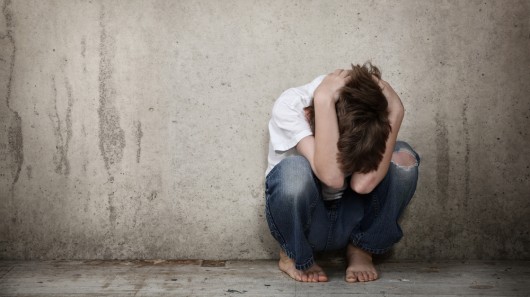 Legal experts and higher education activists are issuing warnings about a new bill under consideration in California that would dictate how state schools respond to allegations of sexual assault.

The bill, passed through California’s Senate 27-9 last Thursday (it must still be approved by the state Assembly), would require any school receiving state money to have an “affirmative consent standard” for their policies regarding sexual misconduct.

In other words, a student must have clear and express positive consent from another person before initiating sexual contact, or else they may be found liable for sexual assault by the school. This contrasts with the standards used in criminal courts, where consent may be unspoken or implied by contextual circumstances, and finding guilt for rape and other offenses requires further proof that an act was forced upon another.

Some activists say this proposed standard goes much too far.

“What is perhaps worst about the bill is that its consent requirement reaches beyond sex to all ‘sexual activity,’ which is defined by some colleges quite expansively to include mere touching, touching that (unlike sex) is not usually preceded by affirmative permission in the real world,” Hans Bader, an attorney with the Competitive Enterprise Institute, told The Daily Caller News Foundation.

He said that putting the onus on individuals to get positive consent for every act of intimacy would be both improbable and dangerous to students’ rights. Strictly applying such a standard would make most ordinary couples potentially liable for sex offenses in the eyes of colleges, he said.

“Discussion shouldn’t be needed when the escalation is gradual and can be stopped at any point… just by saying ‘no’ or ‘stop,’” Bader said.

The Foundation for Individual Rights in Education (FIRE), a group that promotes student civil liberties, has been particularly apprehensive of the law. Samantha Harris, an attorney and director of policy research with the group, said the new standard would deprive students accused of sexual misconduct of due process, since proving that affirmative consent occurred would be nearly impossible.

She also said the law doubled down on using college judicial proceedings to handle sexual assault, something she said has already proven to be a bad idea.

“Colleges are not very good at this,” Harris told TheDCNF. “This [law] virtually guarantees there will be more due process violations and more problems.”

Resolving matters such as whether affirmative consent was not only present but “continuous” throughout an act, which the bill would require colleges to do, is a nearly impossible standard even for criminal courts to meet, she said. She added that attempting to task colleges with doing so is a recipe for disaster.

Harris also took aim at another component of the bill, which explicitly mandates that schools use a “preponderance of the evidence” standard for adjudicating sexual assault claims.

Combining this with the continuous affirmative consent requirement would put the accused in a nearly impossible position, she said, where they could be found responsible for sexual assault merely because an administrator found an accuser’s claims that they withdrew consent to be slightly more credible.

Despite criticism, the bill has strong backing from the state’s Democrats, and is supported by anti-assault groups such as the California Coalition Against Sexual Assault. Activists cite studies suggesting that one in five women in college are sexually assaulted before leaving, and say this cries out for strong and decisive action.

Harris emphasized, however, that she believed the bill would hurt sexual assault victims as well as those accused of misconduct.

“It’s critical that due process protections protect the integrity of the judicial processes,” she said. If college proceedings become perceived as wholly illegitimate, she said, any effort to battle sexual assault on campus would be undermined.