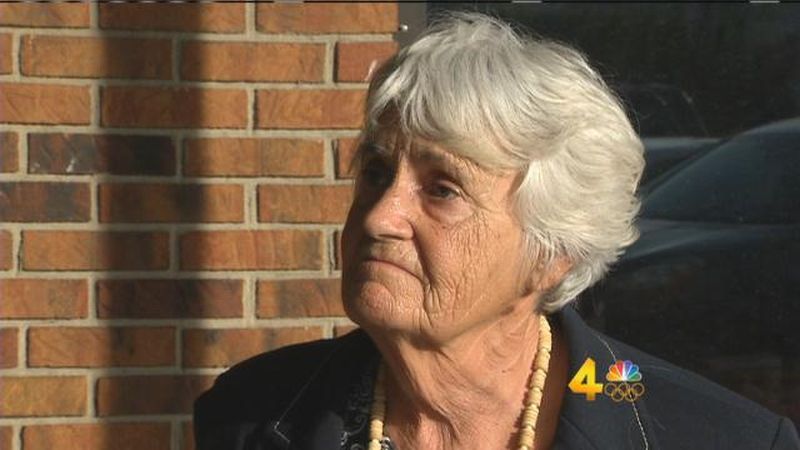 Flo Matheson is 77 years old, is running for Congress, and she likes weed and doesn’t care who knows it. But she denies having knowledge of the 180+ cannabis plants growing in her barn.

Flo is a congressional candidate in Tennessee and she is very vocal about her support for marijuana legalization. “I really don’t regret that this happened,” she said. “It’s been a life changing experience for me and in that it has made me more defiant and determined to try and get these laws changed.”

According to Flo, the plants belong to a man she let stay in her barn, a disabled veteran who would fix things up around her house. She says she never went back to the barn and never saw the plants.

In the house authorities say they also found about 2 ounces of weed, cash, and a gun. I’m not sure why the cash and gun are important; lots of people have cash and I was under the impression that everyone in Tennessee had a gun.

As for the weed, Flo says it was given to her by someone who owed her money and that it’s not the same marijuana found in the barn. She freely admits to toking up 2 or 3 times a week.

Whether she knew about the plants in the barn is irrelevant when assessing how big of a waste of time all this was. Let’s say she did know; so what? Some old lady smoking some weed; maybe she has a boy toy in the barn and he’s growing plants. Where is the victim in all this? Who is being harmed?

What will happen now is anyone’s guess. Will Flo be convicted and go to jail? Will she be the next Congresswoman from Tennessee’s 6th District? Will she get her own reality show on TLC? Go on tour with Cheech and Chong?

There’s only one thing I know for sure: I’d vote for Flo.