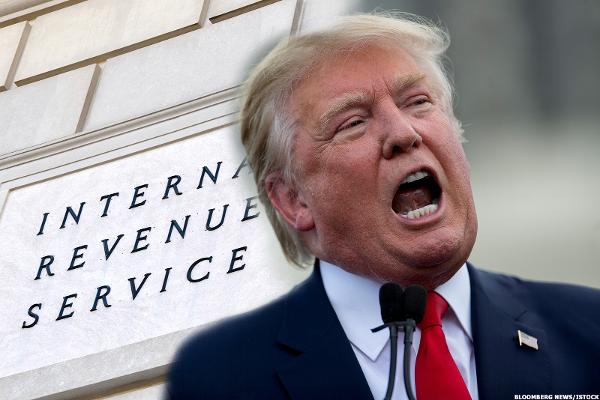 Donald Trump claims that he would release his tax returns if it were not for the ongoing tax audit, however the IRS is now saying that and audit would not legally prevent him from doing so, making it appear that not releasing them is all because he chooses not to.

During CNN’s Republican Debate on Thursday, Trump addressed the question first by stating that he’s already released everything one needs to know about his personal income. “You don’t learn anything about anyone’s wealth with somebody’s tax returns,” Trump said in response to the question of if he would release his tax returns. “You learn it from Statements…,” he continued his response by alluding to being restricted as a result of an audit by the IRS.

“For many years, I’ve been audited every year,” Mr. Trump said. “Twelve years or something like that,” he added. “Nobody gets audited – I have friends who are very wealthy people, they never get audited–I get audited every year. I will absolutely give my returns, but I’m being audited now, for two or three years, so I can’t do it until the audit is finished, obviously, and I think people would understand that.”

No libertarian would argue in defense of the IRS, however in the context of Trump seeking public office on a platform of being truthful, transparency on his returns which would also disclose any taxable deductions made during this past fiscal year is paramount.

The Washington Examiner reported that the IRS denies that an audit would prevent Trump from releasing his tax returns.

“Federal privacy rules prohibit the IRS from discussing individual tax matters. Nothing prevents individuals from sharing their own tax information,” a spokesperson for the IRS said in a statement.

Steven Golburd, an attorney specializing in tax law, told the Washington Post that it may be in Trump’s best interest to keep them private until the investigation is completed.

It is likely that Mitt Romney understands this, releasing his tax returns in 2012, only two months before the people voted, sending this tweet out on Friday:

No legit reason @realDonaldTrump can’t release returns while being audited, but if scared, release earlier returns no longer under audit.