The source claims that Twitter maintains a ‘whitelist’ of favored  accounts and a ‘blacklist’ of unfavored accounts. The whitelist accounts are prioritized on the search lists, even if they aren’t among the most popular. On the other hand, blacklist accounts are hidden from timelines and search results. This source was also backed up by the senior editor at a major publisher, who told Breitbart that Twitter told him it does favor certain users. The senior editor is also afraid of Twitter’s power, saying that his tweets could be hidden from users timelines if he went against the company.

Shadowbanning, sometimes known as “Stealth Banning” or “Hell Banning,” is commonly used by online community managers to block content posted by spammers. Instead of banning a user directly (which would alert the spammer to their status, prompting them to create a new account), their content is merely hidden from public view.

For site owners, the ideal shadowban is when a user never realizes he’s been shadowbanned.

However, Twitter isn’t merely targeting spammers. For weeks, users have been reporting that tweets from populist conservatives, members of the alternative right, cultural libertarians, and other anti-PC dissidents have disappeared from their timelines.

Among the users complaining of shadowbans are sci-fi author and alt-right figurehead Vox Day, geek culture blogger “Daddy Warpig,” and the popular pro-Trump account Ricky Vaughn. League of Gamers founder and former World of Warcraft team lead Mark Kern, as well as adult actress and anti-censorship activist Mercedes Carrera, have also reported that their tweets are not appearing on the timelines of their followers.

This comes after Twitter created a ‘Trust and Safety Council’ which has members such as Feminist Frequency, a notorious group known for its ‘critique’ of video games, and Islamic research center the Wahid Institute.

Milo Yiannopoulos also had a ‘told you so’ moment in the article, writing, “It also follows my prediction that Twitter would use its influence to interfere in the 2016 presidential election by muffling conservative voices on the platform.”

For close to a year now, Breitbart has covered Twitter’s march towards political censorship. In May 2015, Allum Bokhari reported that the site had begun to experiment with shadowbans, ostensibly to protect users from abuse. Then, as now, it was suspected that “protecting users from abuse” was an excuse to implement a system that would later be used for political censorship.

With shadowbans now confirmed by an inside source, there is little room for doubt that the platform is intent on silencing conservatives. Furthermore, it has demonstrated a complete lack of regard for transparency, concealing its shadowbanning system from users and hiding its political bias behind a veneer of opposition to online abuse. In reality, the site turns a blind eye to abuse from left-wingers.

Twitter came under the command of Jack Dorsey last year in October, after he became CEO. As he implements new changes, Twitter’s stock has fallen 12% and it has lost two million customers in the last three months as reported by CNN Money. Instagram has passed Twitter in amount of users, having 400 million, and Facebook continues to dominate with over 1.6 billion users.

Maybe it’s time for a new change of management. 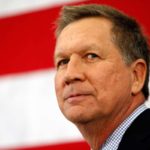 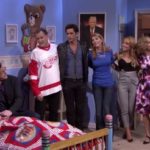 Donald Trump Has Heart-to-Heart With Cast of ‘Fuller House’