Former Congressman Ron Paul (R-Texas) made the Federal Reserve a centerpiece of his legislative agenda and presidential campaigns in 2008 and 2012. “Audit the Fed” was not only a bill introduced in Congress, though it’s actual title was the Federal Reserve Transparency Act, it becamea  political movement that conservatives, libertarians, and even some progressives supported.

Though some may think the movement died out after Paul left Congress in January 2013, they’re wrong.

Paul’s son, Sen. Rand Paul (R-Ky.), and Congressman Thomas Massie (R-Ky.) are waving the banner in the 114th Congress, and they’re slowly picking up steam. But the drive behind this legislative effort comes from a movement that continues strongly urge action to hold the United States’ central bank accountable for the decisions it makes, which has broad implications for the country, as well as the rest of the world.

While the Federal Reserve Bank of Kansas City hosted its annual symposium in Jackson, Wyoming, a few miles away, at the Diamond Cross Ranch, the Americans Principles Project offered its own take on central banking and monetary policy. Featuring a number of speakers who offered stern critiques of the Federal Reserve and its policies, the three-day Jackson Hole Summit served as a crucial counterweight to the central planning establishment that, quite frankly, can’t seem to get its act together.

Topics included historical perspectives of monetary policy, the current state of central planning, and the consequences of the Federal Reserve’s policies on the rest of the world. Attendees were treated to speakers, such as Stephen Moore, John Fund, British MP Kwasi Kwarteng, John Fund, and Peter Schiff. There was special attention paid to millennials as well, as the summit offered a panel on the impact of the Federal Reserve’s policies on young people.

With recent turbulence in the stock market, not to mention the slow recovery in the aftermath of the 2007-2008 recession, the summit came at a vital time. Though apologists for the Federal Reserve insist that it’s needed to stabilize markets and shorten economic downturns, Dr. Lawrence White, professor of economics at George Mason University, noted that recessions are actually longer on average since World War II.

Banks, which are sitting on $2 trillion in cash, are waiting on the next spiral, while central planners scramble to find ways to address before it gets out of control. With quantitative easing and historically low-interest rates proving largely ineffective, Dr. Judy Shelton of the Atlas Network noted that central bankers are out of ammunition to combat fluctuations in the market and economic downturns. “They are just not ready to admit their models aren’t working,” said Shelton.

Obviously, at an event like this, the gold standard was a frequent topic. Shelton addressed the rather arrogant attitude that apologists for the Federal Reserve frequently show when it’s brought up in the discussion.

“We dare to talk about the gold standard and its relative merits, knowing that the merest whisper of a gold standard is enough to elicit the guffaws of the central bankers down the road. Because they say ‘that’s just crazy,’” she noted. “And I think, really? Crazier than negative interest rates? Crazier than paying banks to keep loanable funds in sterile depository accounts at the fed? Crazier than having the Fed buy up trillions in government debt, remit the interest payments back to treasury, and then count that as revenue to the federal budget?”

“Is it crazier than having hordes of financial market analysts parsing every word uttered by a monetary official, obsessing over the minutes of the latest fed meeting trying to glean clues about what must happen next? It’s almost as if we’ve forgotten how to engage in free enterprise, because we’re waiting for marching orders from a central planning agency,” she added. “I think we’re the rational ones. They like to brand us as ideologues, but in truth we’re the realists. And that sobering fact is becoming clearer every day as reality continues to whipsaw global markets.”

Shelton’s comments were reflected in almost every speaker’s remarks. The message, the failure of central planning, resonated. Of course, in many ways, the accomplished economists and policy experts were addressing a room that already agreed with them, or, at the very least, have become highly skeptical of the Federal Reserve over the last several years.

“The Fed didn’t save us from the financial crisis,” said Peter Schiff, “they merely interrupted it.” Schiff, a financial analyst and economist, was one of the few who predicted the 2007-2008 recession. “They kicked the can down the road,” he explained. In his view, as well as others who spoke, the Federal Reserve created the last crisis and will be responsible for the next one.

The question is though, if there is a growing chorus of voices calling for more oversight of the Fed, how do we bring this message to more Americans? As the country approaches the 2016 presidential election, where the economy will be an important topic, one would think that the Fed would be a frequent subject mentioned by candidates. Unfortunately, as John Fund of the National Review explained, there have been scant mentions of the central bank on the campaign trail, and most have come in recent days. Immigration has been the dominant topic of discussion.

With the market showing volatility, after years of intervention and worries the drug-like “fix” of zero interest rates will soon come to an end, the Fed could come under intense scrutiny if the economy continues to show signs of weakness.

This crowd, of course, welcomes the idea of the Federal Reserve under a microscope. One of the comments that received the loudest applause came from Julie Borowski, who spoke about the impact of the central bank’s policies on young people, and it was only three simple words: “End the Fed!”

Jason Pye is the Director of Messaging and Director of Justice Reform at FreedomWorks. You can follow him on Twitter @pye. 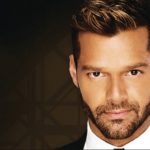