Anorak.com is reporting on series of raids that have been occurring with increasing frequency across the United States. Schools across the country have taken to running drills where gunmen invade schools, terrify students and teach them a damn good lesson… fear of government. 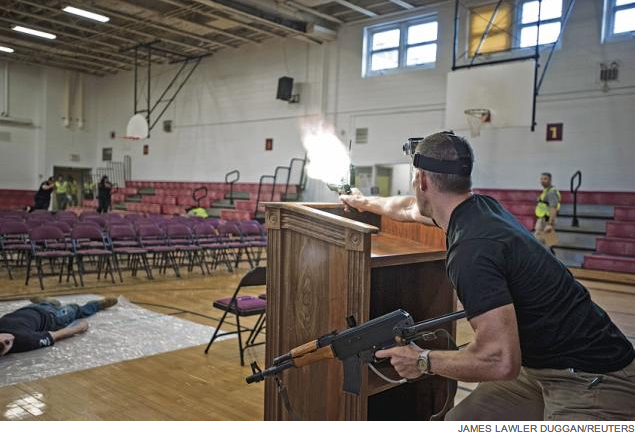 A school in North Carolina last month sent a letter to parents about an “enrichment lesson on exhibiting good citizenship” that occurred on campus. The school sent a masked, robber armed with a fake gun into the school. The students were naturally terrified, but the school wrote it off as standard procedure. It’s a good thing none of the students tried to stop him.

As some localities have begun pushing for stricter gun legislation, schools have followed suit by punishing students who try and provide for their own defense. For instance, in Florida last year a school suspended a boy who disarmed a fellow student that was aiming a loaded weapon at a classmate. 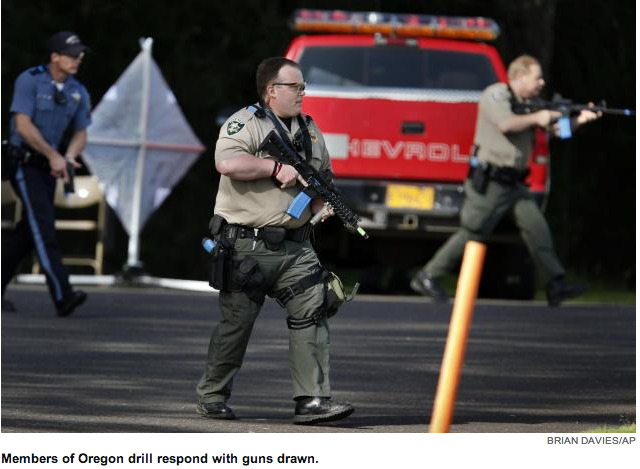 The New York Daily News reported on an incident in Chicago that occurred back in January. Gunmen shooting blanks invaded a school and sent the facility into lockdown with children acting dead, covered in blood.

One parent received a text message from her terrified child, “He said, ‘I’m not kidding. There’s gunshots and people screaming and we were locked in a storage closet,’ The mother said, “These kids thought that their classmates were being killed and that they could be next. There’s no excuse for that.”

Business is reportedly booming for defense companies that conduct the raids. “It’s spreading very, very quickly,” said Marianne Alvarez, of Texas-based Response Solutions. “We are booked up for the next few months straight. We’re glad, because they’re making their schools safer.”