Dramatic video has emerged of protestors at the White House involved  in altercations with police. Demonstrators rallied in Washington D.C. today to voice their complaints about the closure of public parks, monuments and private businesses and homes on federal lands. One man was arrested in connection with carrying a gun in a bag.

“In a mean-spirited fit of selfish anger, Barack Obama has shut down our nation’s war memorials,” march organizers said. “And he has declared open war on our honored veterans. The World War II memorial, the Vietnam Veterans Memorial, the Korean War Veterans Memorial, Obama has shut them all down to force his will on the House of Representatives and, frankly, to get revenge on the American people who oppose ObamaCare and his other naked power grabs.”

Visit NBCNews.com for breaking news, world news, and news about the economy

Senator Ted Cruz (R-TX) and former Governor of Alaska Sarah Palin appeared in D.C. to speak to the protestors. “This is the people’s memorial,”  Cruz said. “Simple question: Why is the federal government spending money to keep veterans out of the memorial? Why did they spend money to keep people out of Mount Vernon, Mount Rushmore? Our veterans should be above political games.”

Visit NBCNews.com for breaking news, world news, and news about the economy 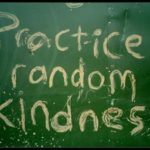 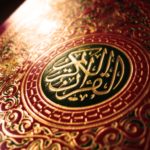 Rally speaker tells Obama to ‘put the Quran down’ (VIDEO)