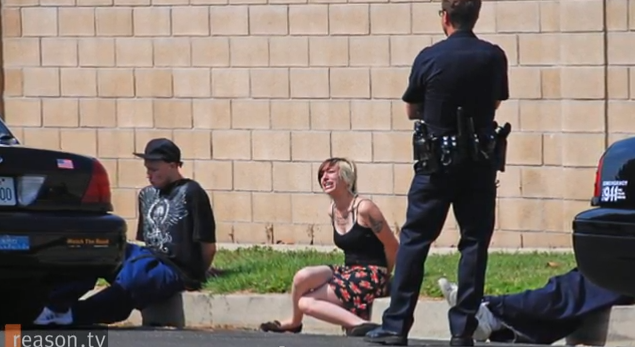 “It’s not the drugs that are harmful anymore, it’s the War on Drugs that’s so harmful.”

Doug and Catherine Snodgrass thought they were safe raising their child in the quiet town of Temecula, California. They never expected their son could be the victim of a brutal police sting.

Reason.TV has an incredibly heartbreaking video out that reveals the fruits of a sweeping operation called “Operation Glass House” which put cops in three high schools. The policemen posed as regular high schoolers and would ask other kids for drugs. The MAJORITY of the children were special needs students.

The Los Angeles School District General Counsel launched a review in 2004 and found no evidence that the program reduced drugs, only the amount of arrests. It was disbanded in 2005 after it was revealed that serious crimes were not being committed.

This video reveals how a government that oversteps its constitutional authority in waging a war on vice, creates corruption, rather than stems it. Unquestionably it is the War on Drugs that has more and more American citizens feeling like they are living in occupied territory.