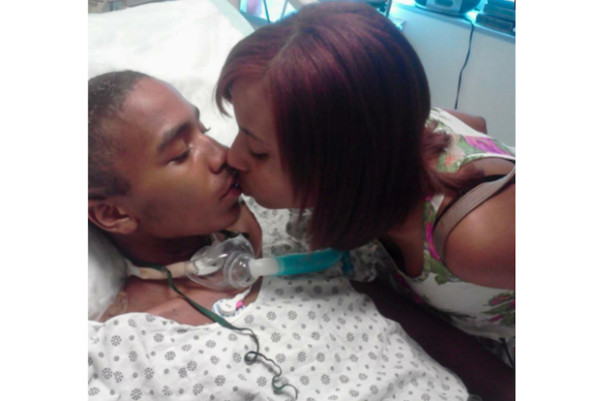 BROWNSVILLE, NY–Last May, Karen Fludd sat with her 17-year-old son Deion in a hospital room, where he was suffering from injuries that had left him a quadriplegic. While he drifted in and out of consciousness at Kings County Hospital, Fludd asked him to corroborate the NYPD’s claim that he’d been hit by a train. Before he passed away in July as a result of his injuries, he emphatically said, “No,” and told her a story that drastically differed from the NYPD’s version of events.

The incident began May 5, 2013, when four officers told Karen Fludd that they saw her son hopping a turnstile with his girlfriend, Hesha Sanchez. According to police accounts, Deion fled after being asked for identification, running the length of the platform and hopping onto the tracks, where he was clipped by a train.

Deion’s injuries are inconsistent with such a claim, according to Fludd’s lawyer Paul Fino Jr. “If a subway hits you, you get more than a fracture of the skull,” Fino said, noting that Deion had no lacerations or other injuries other than a fracture to his skull and two parts of his spine.

Deion told his mother that he had run from the police, and crossed the tracks to the opposite platform. He claims it was there that an officer got a hold of him and bashed him on the back of the head with a flashlight.


He then said officers held him down, placing their feet on his back until his voice stopped working. According to Fludd, police told her son, “Oh, you gonna be running? We are going to make sure your ass don’t run again.” After that, Deion drifted in and out of consciousness, but remembered police taking him back to the tracks.

Fludd is convinced the officers are covering up beating her son, and filed a lawsuit March 26 in Brooklyn Supreme Court against the four officers involved, the NYPD and the MTA (Metropolitan Transit Authority). “I just want the truth. Everyone needs to know how these officers conducted themselves,” Karen told DNAinfo New York on Thursday. “If these officers acted badly, then the public needs to know this.”

Her lawsuit states: “Defendants used excessive and deadly force without sufficient cause and under circumstances that did not warrant the use of the same as he was only stopped and detained initially on the suspicion of having not paid his $2.50 fare.”

If Deion was in fact struck by a train, Fino said officers didn’t contact the station agents or the MTA to stop all subway traffic while chasing the teen.

Fludd states her son and his girlfriend had not even committed a crime, and that Sanchez had hopped the turnstile to wait with him on the platform as he was leaving her home.

“[Sanchez] wasn’t gonna go with him,” the mom said. “[The officers] never bothered to ask him that. Deion was upset. That’s why he ran.”

The lawsuit also claims that despite Deion being fully paralyzed, he was handcuffed to his hospital bed after his arrest and an officer guarded his room.

To be fair, Deion was no altar boy. In 2012 he was arrested for assaulting another student at his high school, as well as a school safety officer who was trying to break up the fight. He’d also been busted for hopping a turnstile two months before his final run in with police.

But does his criminal past warrant the amount of force these four officers allegedly used on him? “His story needs to be told,” Fludd stated, while others accuse her of using her son’s death as a pay-day. What say you? Comment below. 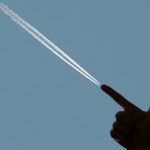