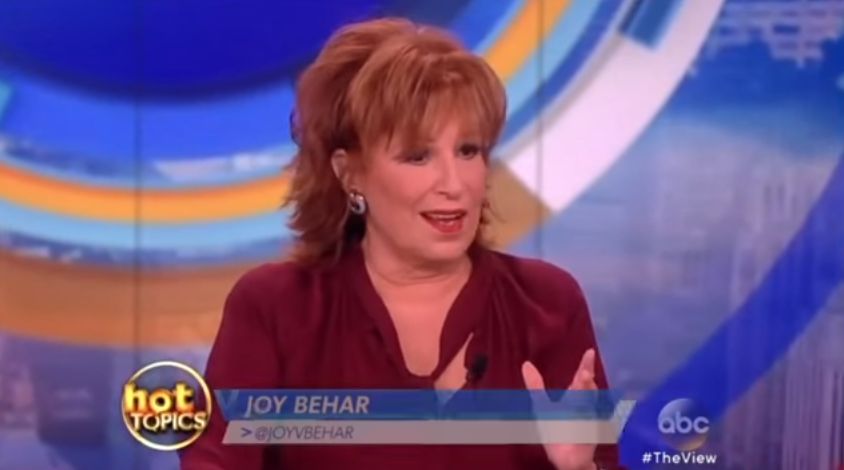 Joy Behar, co-host of The View, expressed her surprise that Donald Trump shares many positions with socialist Bernie Sanders.

Super liberal, socialist Bernie Sanders supporter Joy Behar says trump “isn’t as bad” as the rest of the GOP. In fact she sings his praises on everything from taxing the rich to socialized healthcare.

“You know, I’m starting to warm up to Trump a little bit now … I’m not voting for him, and I don’t like the race-baiting. Let’s get that out of the way. And he’ll never replace my arousal feelings for Bernie, but the guy is not as bad as the rest of them. First of all, he may not be pro-choice but Rubio, for example, believes no abortion even in the cases of rape and incest. Trump doesn’t say that. Trump does not say that. He believes in single payer. He wants everybody to have health care from the government. He agrees with Bernie. He wants to raise taxes on the rich. He believes in Bernie. I mean, I looked this up, I couldn’t believe it, you know. But — and he was against the Iraq war, and he said so in one of his books before 9/11 even happened. So he was like ‘Nostratrumpus,’ you know what I’m saying.”

Bible Verses That Show Why God’s Not a Socialist

Bernie Sanders BLASTED For Not Understanding How Supreme Court Works