Did Christ command his followers to pay taxes? If you’re a Christian who supports smaller government, you’ve likely been reminded that Christ instructed us “render unto Caesar the things that are Caesar’s.”

This command is often quoted by secular progressives who wish to accuse conservative Christians of hypocrisy – as well as by some misguided Christians who wish to defend the scope of government from fellow believers. In both cases, Christ’s words are being abused.

While the expression “render unto Caesar” is commonly known, its context is rarely discussed. Christ was responding to a question from hostile Pharisees: “Is it lawful for us to give tribute to Caesar, or not?”

Luke tells us precisely what the Pharisees hoped to achieve by asking this question. In Luke 20:20, he writes that the Pharisees “watched him and sent spies, who pretended to be sincere, that they might catch him in something he said, so as to deliver him up to the authority and jurisdiction of the governor.” 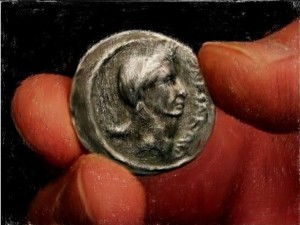 By trying to corner Christ with this question, the Pharisees did not simply wish to make him look bad: they specifically wanted to solicit an answer that would lead to Christ’s imprisonment by the government. In attempting do so, they asked him for his opinion on taxes. We can deduce, then, that they wished for him to explicitly condemn the paying of taxes. In fact, when Christ was eventually arrested, the charges against him included “forbidding the paying of tribute to Rome.”

If Christ really wanted his followers to pay taxes, he could have responded with an answer akin to “Yes, pay your taxes.” Instead his reply was – in the words of Matthew 10:16 – wise like a serpent.

Luke continues: Christ “perceived their craftiness, and said to them, ‘Show me a denarius [a coin]. Whose likeness and inscription does it have?’ They said, ‘Caesar’s.’ He said to them, ‘Then render to Caesar the things that are Caesar’s, and to God the things that are God’s.’ And they were not able in the presence of the people to catch him in what he said, but marveling at his answer they became silent.”

Notice how Luke tells us that “he perceived their craftiness” as if this were relevant to the answer that Christ was about to give. If Christ wished to advocate the paying of taxes anyway, then the Pharisees’ question would not have been crafty at all – and there would have been no need for a crafty reply. 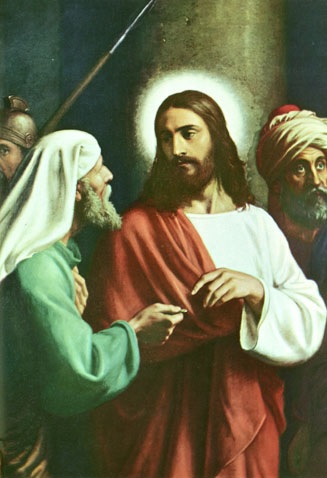 Christ establishes that Caesar’s image and name is on the denarius, and then tells us to render unto Caesar the things that are Caesar’s. Yet nowhere does he clearly establish that even this denarius is actually Caesar’s. There is a reason for this. Perhaps the strongest reason, in fact, to think that Christ was an opponent of taxes is his addition of the words “and to God the things that are God’s.”

Religious studies scholar Reza Aslan gives us a different reason to think that Christ was a critic of government. “The word apodidomi, often translated as ‘render unto,’” says Aslan, “is actually a compound word: apo is a preposition that in this case means ‘back again’, didomi is a verb meaning ‘to give.”

Christ’s wise reply is especially relevant today: our own government has seized the role of God, and the functions of the church and family, for itself. If we are to return to God the things that are His, then Christians must seize them back.

Are Democrats Hypocrites About The Racists In Their Own Ranks? (PODCAST)