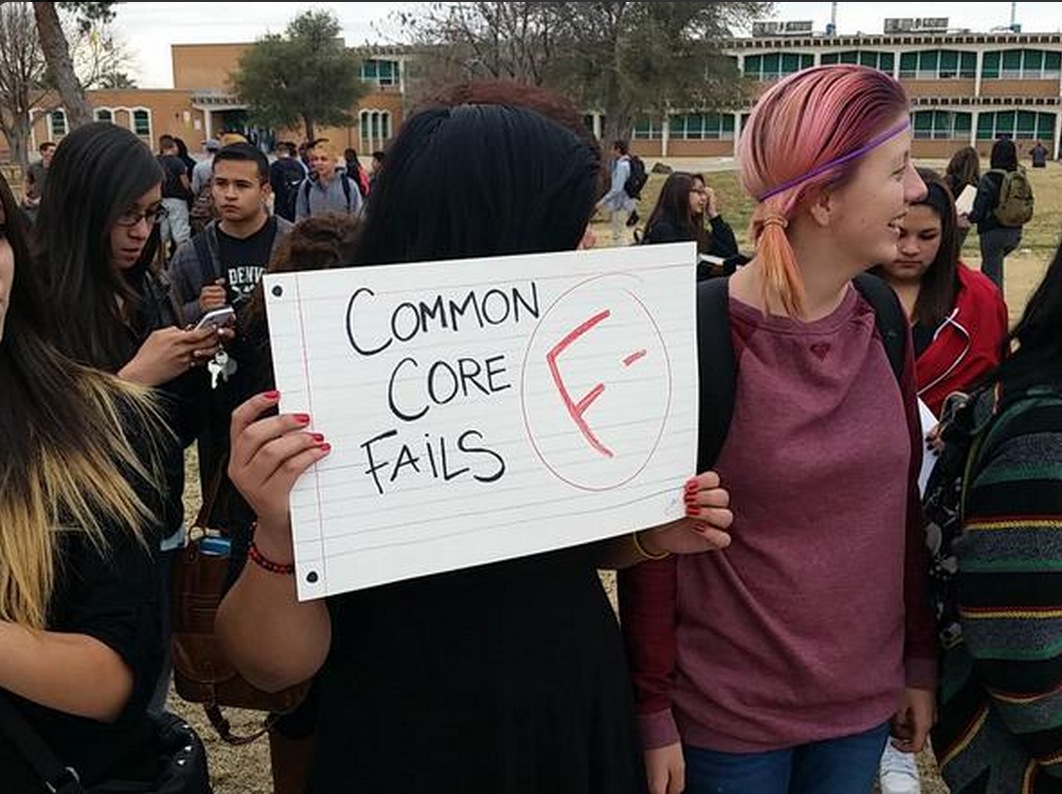 By Blake Neff
Hundreds of students in New Mexico are defying the administration of new, Common Core-aligned standardized tests by walking out of class on Monday morning and refusing to take them. Photos have circulated on Twitter of hundreds of students standing outside their schools, with many brandishing signs declaring “We Are Not A Test Score” and “Common Core Fails.”

The largest demonstration appears to be at Albuquerque High School, where several hundred of its 1,800 students walked out, despite warnings from administrators that they will not be able to graduate if they don’t take the tests. Smaller walk-outs ranging from a handful of students to more than a hundred have taken place at at least 11 other high schools around the state, according to the Albuquerque Journal.

The protesting students are supposed to be taking the first day of standardized tests created by the Partnership for Assessment of Readiness for College and Careers. PARCC is a consortium of 11 states and the District of Columbia that have banded together to offer similar tests all designed to adhere to Common Core.

PARCC has been one of the biggest targets for foes of Common Core, and has also drawn fire for taking funding from the Obama administration and for trying to have most students take the tests on computers, an effort that has been fraught with technical glitches.

The opposition has taken a huge toll. At its peak, 23 states containing more than half the country’s population were a part of PARCC; now, more than half have pulled out. The walkouts were organized by the progressive group ProgressNow NM, which argues that that the tests take too much time and aren’t linked to any increase in academic achievement.

Students walking out or opting out of standardized tests has become a phenomena recently as opposition spreads to so-called “high stakes testing.” In November, thousands of Colorado high schoolers walked out in opposition to a new state test. Common Core opponents have encouraged parents to opt out of aligned tests in several states, including the PARCC states of Ohio and New Jersey. (RELATED: New Jersey Teachers Make The Case For Skipping Tests)

Requests from PARCC for comment were not immediately returned.