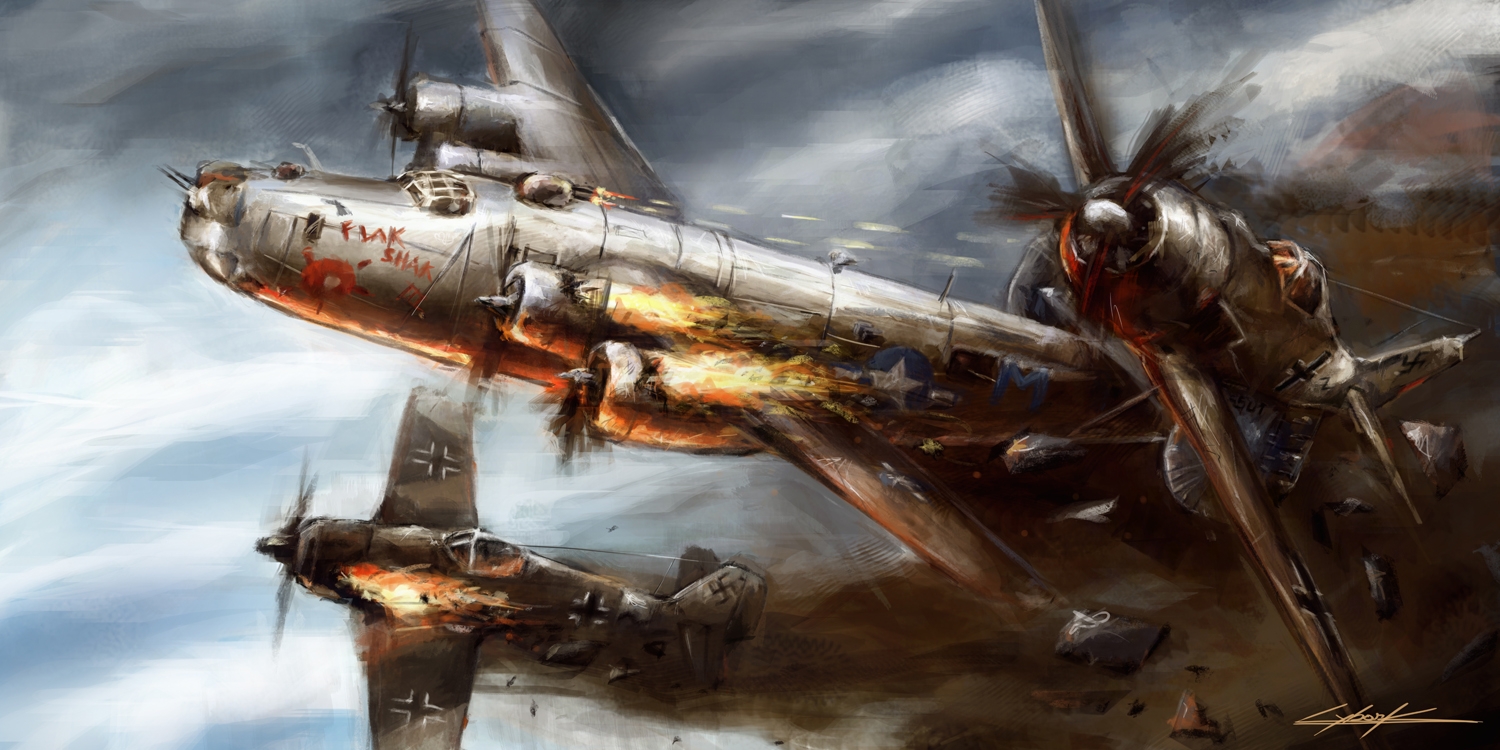 A video producer by the name of Loudon Maverick has compiled a series of video clips containing dramatic air battle footage from both sides of the conflict of World War II. The video features kamikaze attacks, flak fire, aerial combat, carpet bombing and pilots bailing out of fighters.

The video clips are a stark reminder of the incredible courage that it took to take to the skies during the one of the most world-shaping conflicts in human history.